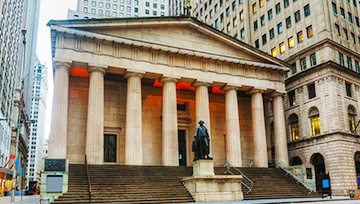 Tuesday saw the S&P 500 post its second largest gap lower on record, bested only by the recent drop on October 26th. The shock at the market’s open saw the broad based index briefly enter correction territory before tiptoeing higher. Correction territory is defined as a 10% decline from a recent high. The decline also erased gains for 2018. Similarly, the Dow posted its largest gap lower since 2001. 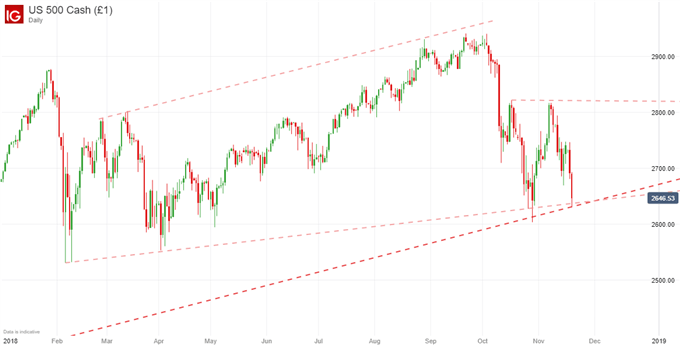 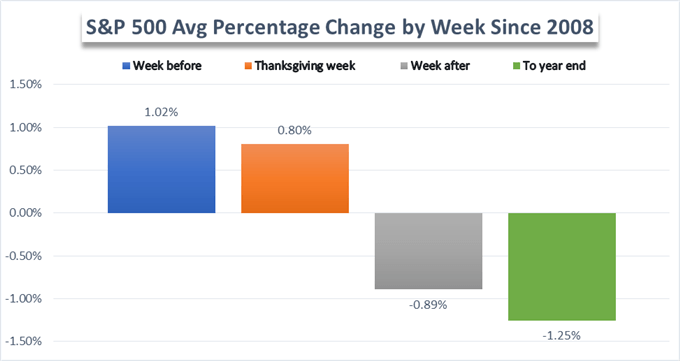 For the S&P 500, the week of Thanksgiving has seen the index end higher every time since 2012. Interestingly, it was the best performing week in the second year of the Global Financial Crisis during which the S&P 500 climbed 10.80% over four days. 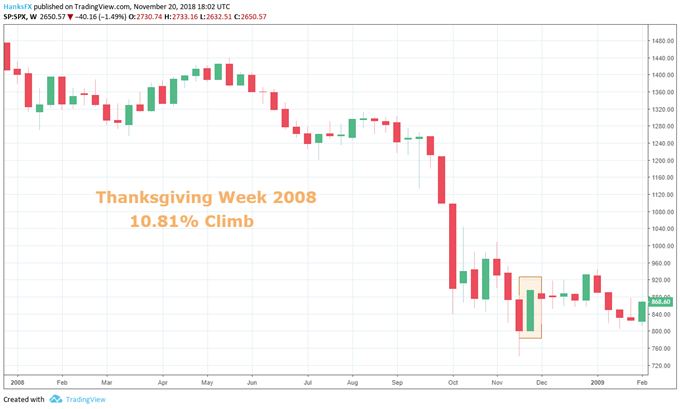 Read our fourth quarter equity forecast to see what equity markets may face as the year draws to a close.

The causation behind a Thanksgiving rally is disputed. One frequently cited reason is the absence of large players in the market due to holiday vacations. The thought is that institutional investors are often more bearish than a typical retail trader and thus some downward pressure is removed from the market.

Another often cited cause is the optimism brought about by Black Friday. Should discount sale figures read in robust, they could be taken as a positive leading indicator and bolster expectations for retail companies. A final reason is simple holiday jubilation. While it may seem mundane, some traders point to a general feeling of happiness which impacted their decisions.

Whatever the reason, this week is poised to buck the trend and expose the ‘Thanksgiving rally’ as a fad as opposed to a certainty. Rising rates, trade wars, weak earnings and concern of slowing global growth have unsurprisingly weighed on equity markets and holiday jubilation alone looks unlikely to drive us higher by weeks end.