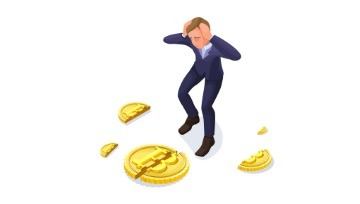 A second selling wave hit the cryptocurrency market over the weekend, driving the whole market capitalization below $200 billion and Bitcoin’s (BTC) below $100 billion - the first time since late - October 2017. Last week’s contentious Bitcoin Cash (BCH) fork pushed prices lower, breaking various important support levels across the space, while a report released on Friday by the SEC on two ICOs fueled further selling. The two ICO issuers, CarrierEQ.Inc (Airfox) and Paragon Coin agreed to return funds to harmed investors, register their tokens as securities, file periodic reports with the SEC and pay penalties. On the back of this ruling, Ethereum has been hit slightly harder than other tokens as most of the ICOs issued in 2017 were raised via Ethereum and s sell-off of these ICOs could have a knock-on effect on Ethereum.

The latest Bitcoin (BTC) chart looks weak but currently oversold and may push slightly higher ahed of any further sell-offs. Horizontal support from the October 2017 swing-low at $5,121 is being tested with the next level of noted support pegged at $2,970, the September 15, 2017 swing low. The RSI indicator is in oversold territory and may provide some relief from the current bout of selling. 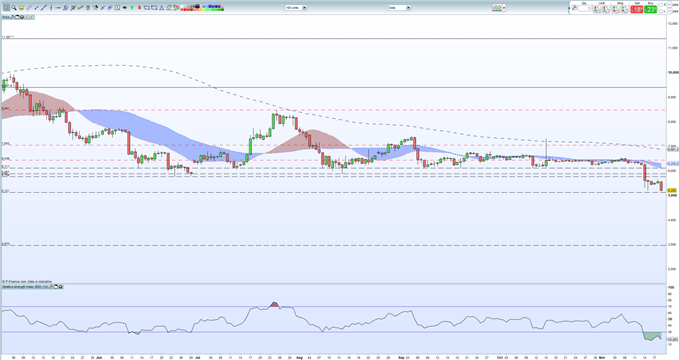 The Ethereum (ETH) chart looks negative with the latest sell-off now targetting the May 2017 spike low at $114, compared to a current level of $153. The latest bear move has also seen ETH lose its place as the second-largest cryptocurrency to Ripple in the market capitalization table. Ethereum traded as high as $1,420 in January this year. 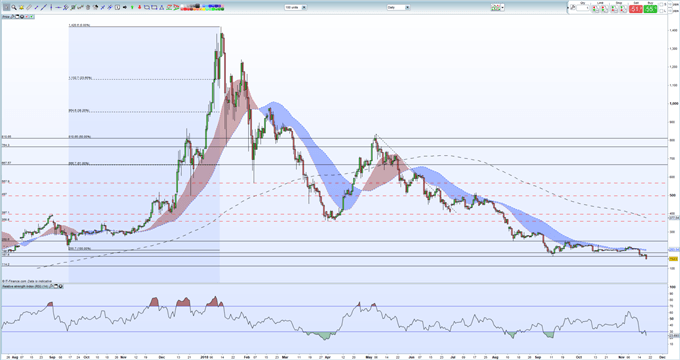 IG Sentiment Data show how retail are positioned in various cryptocurrencies and how changes in holdings can affect market sentiment.