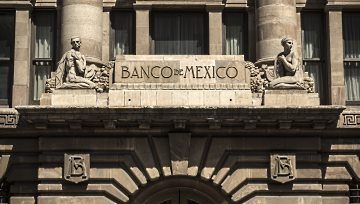 USD/MXN Climbs After Airport Project for Mexico City is Scrapped

Mexican President elect Andres Manuel Lopez Obrador, commonly referred to as AMLO, announced his decision to cancel the construction of the New Mexico City International Airport (NAIM) on Monday. The decision came after four days of public consultation in which citizens voted in favor of the President elect’s proposal to cancel the project and instead renovate an existing airport.

The decision to cancel construction has rattled many of Mexico’s business leaders and drawn harsh criticism from others. Juan Pablo Castanon, President of Mexico’s leading business chamber said the decision “sends a message of uncertainty to international markets, investors and all the citizens.” 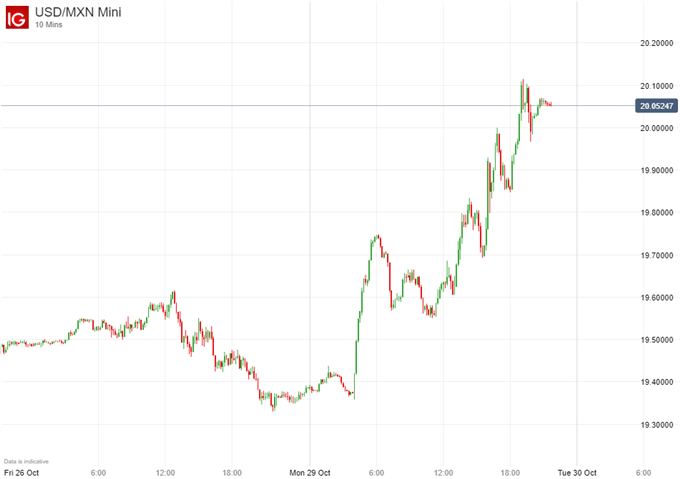 However, international markets were quite certain of one thing Monday as the peso traded decidedly lower. The USD/MXN pair climbed 3.46% to 20.0555 and notably crossed 20, an important psychological level. 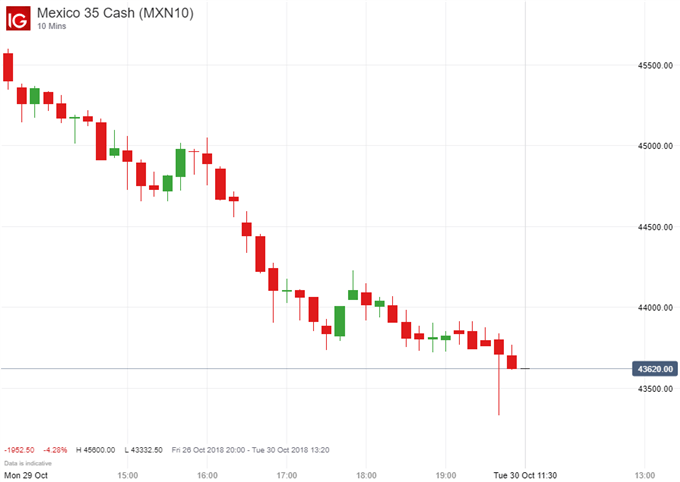