Amid the market turmoil in equity markets there has been one major beneficiary, and that is the Japanese Yen. Risk off sentiment has continued to spur safe haven flow in the Yen, which has gained over 3% on an equally weighted basis. A combination of uncertainty regarding trade wars, Brexit and Italian politics has increased global market volatility over the past few weeks and with risk sentiment remaining fragile, the JPY will look to hold on its elevated levels.

The pair have made a move below the 50DMA situated at 112.12 and is now eying support at 112.00 handle, while the rising trendline from the 2018 also curbs further losses. Consequently, this has kept the pair trading sideways. Bears will be looking for a close below the trendline, potentially sparking further downside price action towards the October lows (111.60). Trend signals suggest the negative momentum is relatively weak for now. 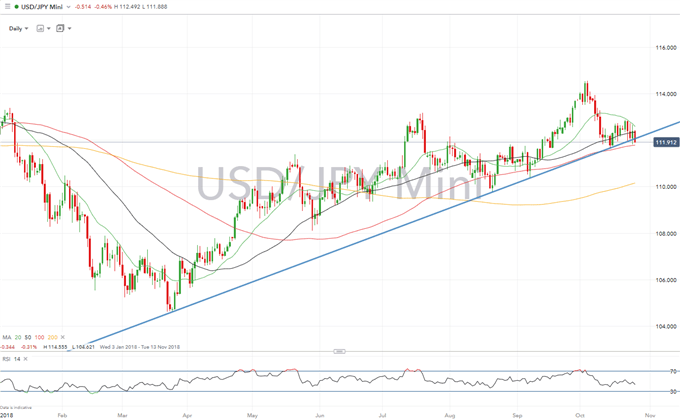 Trend signals imply a relatively strong bearish momentum for the cross, which also coincides with the limited support until the 127.00 figure. Elsewhere, moving averages are also suggesting a negative bias, EURJPY is vulnerable to breaking below 127.00, with 126.50 the next notable level for support. 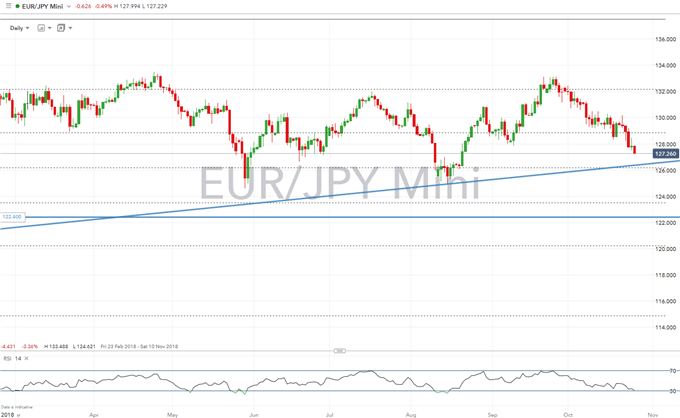 A double whammy for GBPJPY as political uncertainty continues to weigh on the Pound, while the increased uncertainty sees investors flock to the Japanese Yen. GBPJPY remains weak and negative trend signals suggest that this will likely remain the case in the near term, as such, support from the September lows (142.65) will come into focus, before the rising trendline from the GBP flash crash low, which sits at 142.20. 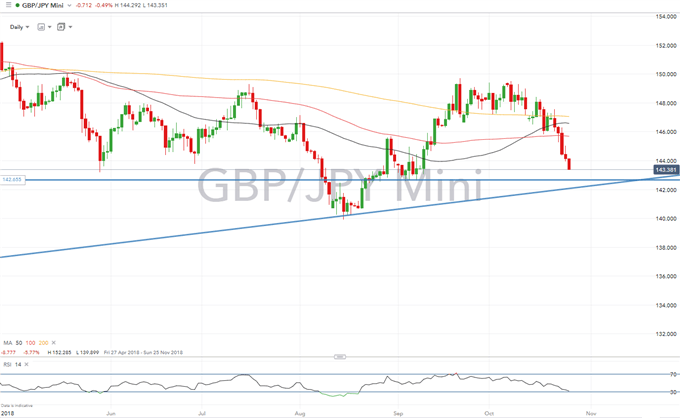 One way price action through 2018, which looks set to persist as YTD lows (78.69) are tested. The risk off sentiment continues to plague the cross and with the momemtum slightly bearish for the cross, fresh YTD lows to be on the cards with little to suggest otherwise. Support is somewhat limited until the 76.00 is reached. 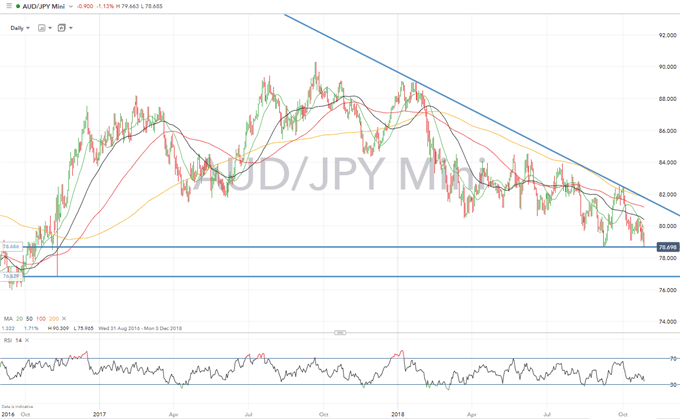