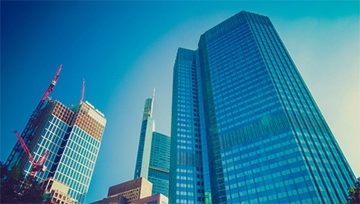 The ECB will take centre stage today despite the fact that little is expected from the meeting itself. The central bank is expected to keep all rates unchanged and as such, focus will be firmly placed on President Draghi’s press conference and specifically in relation to the assessment regarding growth. The current guidance states that risks to the growth outlook are broadly balanced, which had been an upgrade from the previous guidance that risks to growth are tilted to the downside. Consequently, given the recent developments eyes will on whether Draghi reverts to previous guidance.

Political uncertainty in Italy following their budget announcement has sparked Bund-BTP bond spreads to the widest level in 5yrs as the EU and Italy continue to clash over the budget, while rating downgrades from the likes of Moody’s has also increased concerns for Italian debt.

Another cause of concern for Mario Draghi is the evident slowdown in the Eurozone as highlighted by the latest PMI data, in which the composite reading dropped to the lowest level in 25-months. The survey also indicated that GDP growth for Q4 is seen hovering around 0.3%. The impact of trade wars is seemingly having its impact on the Eurozone and most notably Germany, whereby the DAX is hovering around bear market territory. While the recent volatility in financial markets have also increased investor angst over global growth prospects.

Since the prior meeting, ECB source reports had hit newswires suggesting that few members had wanted guidance on growth to state that risks are tilted to the downside. If indeed, the doves on the committee get their way, this may weigh on the Euro against its counterparts.

While downside risks have appeared to have grown in recent weeks an upbeat assessment from President Draghi and a dismissal of the recent turbulence may curb any further selling the Euro with the ECB undeterred from altering its plan to end QE. 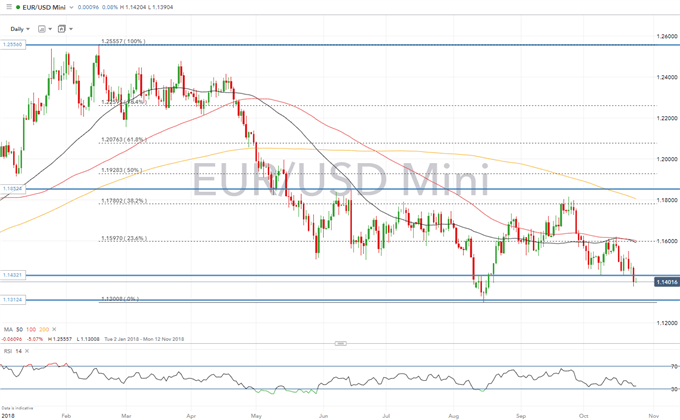 A dovish reaction from the ECB may see the Euro make a move towards the 2018 low situated at 1.13 handle. On the topside, resistance is located at 1.1430, which marked the previous double bottom (Oct 9th and 19th). Option break-even straddles suggest a 64pip move from the ECB release.