IMF Warns of Rising Instability in the Global Financial System

The International Monetary Fund and the World Trade Organization met in Bali, Indonesia this week to discuss the global economy. At the event, the IMF released their World Economic Stability report and the Global Financial Stability Report. In the biennial GFSR, IMF officials highlighted areas of increased risk in the global economy. Highlighted areas include trade wars, emerging market pressure, rising interest rates, and contagion.

Read about the ongoing economic conflicts with A Brief History of Trade Wars.

Trade wars were the most notable risk added to the report, due to their relatively recent developments. IMF officials expressed concern for headwinds to growth and stability because of the impacts on trade from tariffs. The headwinds include increased cost and rising geopolitical tensions. While geopolitical tensions are certainly high amongst the world’s largest economies, rising costs are proving more inhibitive to emerging markets. 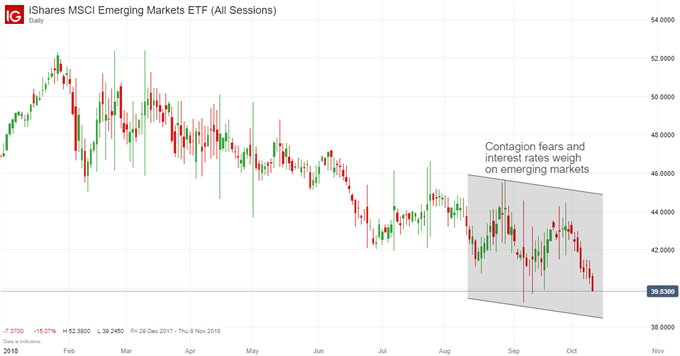 Witnessed briefly in August when the Turkish Lira dropped in value, the IMF found contagion is also a potential flashpoint for global instability. Although many developed economies maintain moderate growth, their outstanding loans to emerging markets make them more vulnerable if emerging markets as a whole should falter. 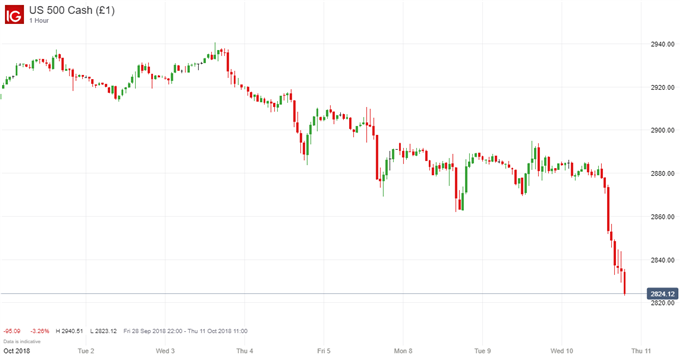 Coincidentally, the stability report was released as US equities face steep declines. As the recent leader in global returns, the S&P 500 has finally come under pressure as rising interest rates spook investors. With the volatility index at 6-month highs, blue-chip and growth stocks alike are falling precipitously. With that in mind, such an ominous report from the IMF is unlikely to spur a risk-on attitude.

Despite a tumultuous climate in the markets today and on the horizon, the IMF also outlined some positives enjoyed by the global economies. Following the 10-year anniversary of the collapse of Lehman Brothers, IMF officials cited more resilient, liquid, and more intensively supervised markets as areas for optimism. Especially in the financial intermediary industry, many past risks have been curtailed found the inter-governmental body. Still, some areas need to be closely reviewed the body warned.