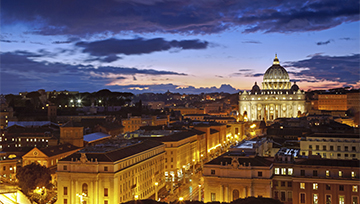 EUR Price Held Back by Concerns About Italian Budget

The Euro continues to be weighed down by the continuing budget row between Italy and the EU, suggesting that a rally against its major rivals is unlikely near-term.

The clash over spending has led the European Commission to tell the Italian government that it is concerned about its budget deficit plans for the next three years as they fail to comply with the action the EU asked the country to take in July.

Yesterday, Italian Economy Minister Giovanni Tria pledged to do whatever is necessary to restore calm if market turbulence turns into a financial crisis. However, the government continues to defy the EU and Deputy Prime Minister and Interior Minister Matteo Salvini said today that the government will not revise its budget plans.

This has all left Italian stocks under downward pressure, raised Italian government bond (BTP) yields and damaged the Euro against the USD, GBP and JPY.

In Europe this session, the yield on the 10-year BTP is modestly lower at 3.5% but that is still well above the 2.7% low recorded a month ago. Similarly, the FTSE MIB index of Italian stocks is higher at around 20,100 but still well down from the 21,680 late September high.

Concerns about Italian banks’ exposure to government debt are an additional factor but the key worry now is whether the rating agencies will lower Italy’s debt ratings. Currently, Moody’s has Italy at Baa2 (negative watch) and the outcome of its review of the rating is due to be announced by the end of this month. Standard & Poor's has Italian debt at BBB (stable) and the outcome of its latest review is due on October 26. Fitch has it at BBB with a negative outlook.

Until this uncertainty is out of the way, major rallies in the Euro, Italian stocks and BTPs look unlikely.