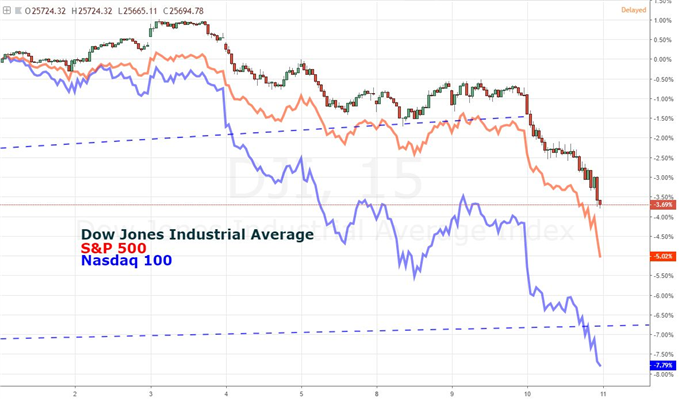 The S&P 500 closed at a level last seen on July 12th, forfeiting nearly three months of gains. Critically, the index dipped below its 100-day moving average but remains above the 200DMA. 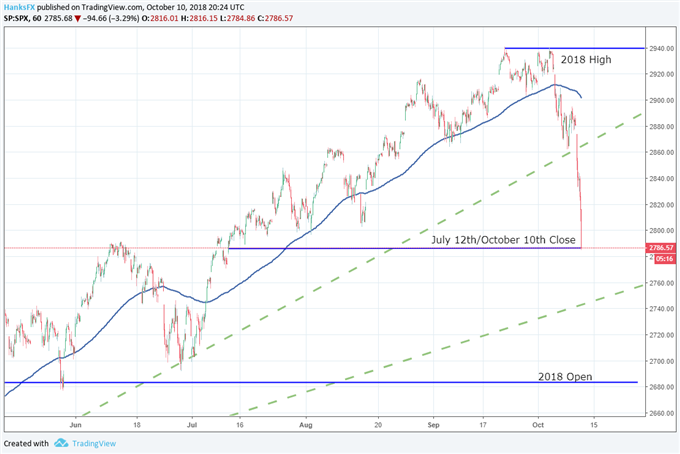 While industrials and blue chips dropped sharply, they fell short of the NASDAQ's descent. The QQQ ETF which tracks the NASDAQ suffered its worst day since June 2016. Similarly FAANG, a source of considerable growth and jubilation in the recent stages of the decade-long bull run, also faltered today. 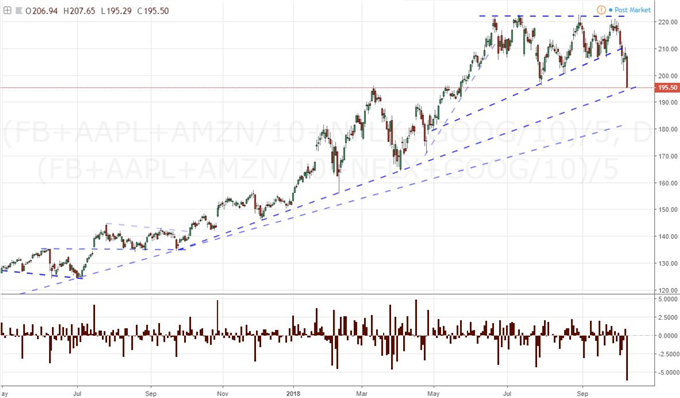 Wednesday also marked the first 1 percent or greater loss in the S&P 500 in a single trading day in 75 trading periods, ending the third longest period in a twelve year span. 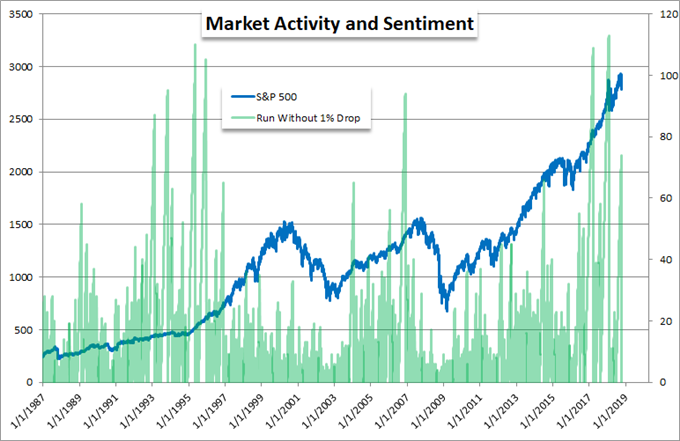 October as a whole has been tumultuous for US equities as rising bond yields, typically a bullish sign for stocks, have weighed on investor sentiment. After nearly a decade of record low interest rates, speculators are beginning to worry the bull-run is running on fumes as we approach a higher interest rate environment. With higher interest, firms will face lower profit margins and weigh on quarterly earnings.

Read A Brief History of Trade Wars to catch up on the ongoing economic conflict and how it may weigh on markets.

Further, the world's two largest economies remain locked in a trade war. The economic conflict will continue to weigh on sentiment and contribute uncertainty to global growth until resolved. 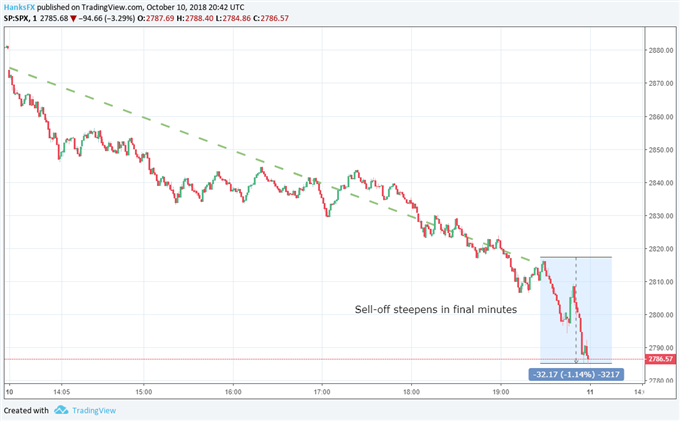 As we look to enter Thursday’s session, it is important to note the sell-off steepened just before the close, suggesting Thursday may be another rough day for investors with equity exposure. Look to the upcoming Asia session to gauge global sentiment and conviction for a continued rout.