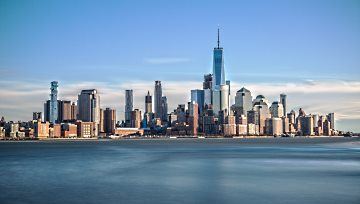 One of the more important data pieces used in gauging the health of the domestic economy crossed the wires Friday, but missed expectations. US non-farm payrolls for September read in at 134k versus 180k and August’s 270k. Economists had projected a strong figure following last month’s and positive ADP data coupled with the effects from Hurricane Harvey but those impacts did not materialize. Still, unemployment dropped to its lowest since 1969 at 3.7%.

The payroll miss was contrasted by a surprise uptick in the corresponding Canadian figure. Employers in Canada added 63.3k jobs in September, beating out the forecasted 25k. However, Canadian unemployment remained stagnant at 5.9%. The data releases sent USD higher versus its Canadian counterpart, suggesting other influencers were at play. 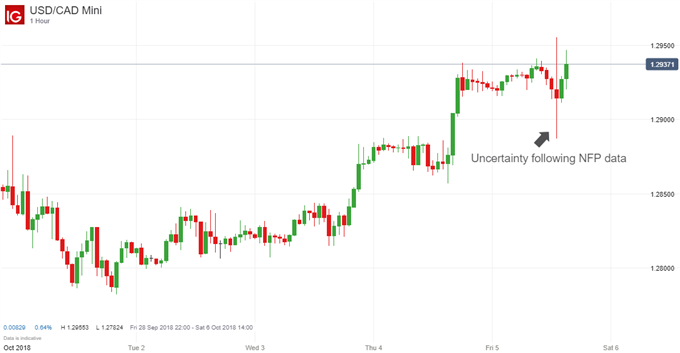 One such influencer was the US trade balance. August data revealed the trade deficit fell below expectations by $400 million, reading in at -$53.2 billion. While still a robust deficit, a reading below expectations while the nation is engulfed in a trade war is undoubtedly positive.

Read up on the history of economic conflicts with A Brief History of Trade Wars.

Similarly, last month’s trade deficit was revised lower to -$50 billion. The trade data will likely draw the attention of President Trump as he looks to press trade negotiations with other nations like Japan. While the data may have been sufficient to drive USD/CAD higher, the US Dollar index fell following the releases. 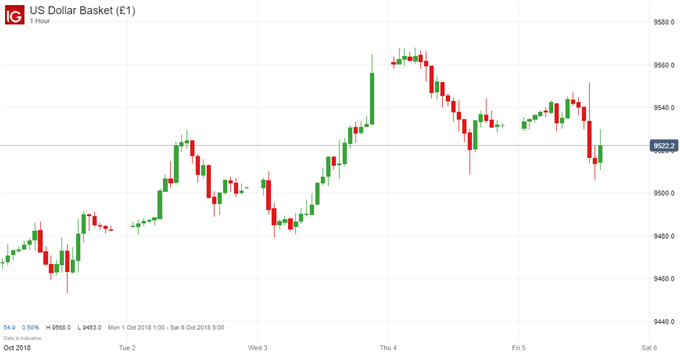 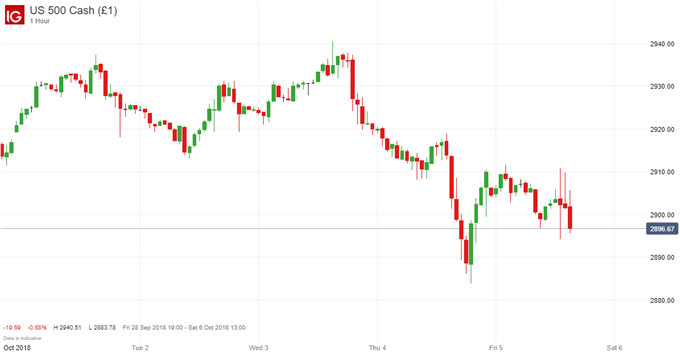 The mixed data comes after record non-manufacturing data was released earlier in the week. Together, it results in a pretty mixed performance for economic indicators in the United States. That being said, the indicators remain firmly on the positive end of the spectrum.

Preview for September US NFP and Price Action Outlook for US Dollar – By Christopher Vecchio, Senior Currency Strategist