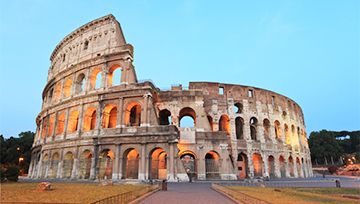 Worries about the Italian budget are still weakening the EURUSD price, which has now fallen for six sessions running and could decline further although a correction is possible first.

Last week, Italy’s populist government announced it would widen its budget deficit target for next year to 2.4% of GDP, putting it potentially at odds with the EU and prompting European Commission President Jean-Claude Juncker to say that “after the toughest management of the Greece crisis, we have to do everything to avoid a new Greece – this time an Italy – crisis.”

In addition, the European Commissioner for Economic and Financial Affairs, Pierre Moscovici, has warned that Italy should obey EU rules ahead of an October 15 deadline for Italy to submit its 2019 budget for approval to the Commission.

The Euro, Italian shares and Italian government bond (BTP) prices have all dropped on the row, with the FTSE MIB index of Italian stocks falling steeply and the yield on the benchmark 10-year BTP rising to 3.385%, its highest since March 2014.

US President Donald Trump has offered assistance to Italy by buying Italian government bonds next year but Italian Deputy Prime Minister Luigi di Maio has accused EU officials of deliberately upsetting the markets by making adverse comments on the Italian budget, saying that “some European institutions are playing… at creating terrorism on the markets”.

He has also said that if any of the rating agencies were to downgrade Italian debt over the budget plans “it would mean there is a prejudice against this government”.

On Tuesday, di Maio added that the government would not back down from its 2.4% target while Eurosceptic lawmaker Claudio Borghi said the country's economic situation would be easier if it were outside the Eurozone.

Meanwhile, the downward pressure on the Euro has been exacerbated by data showing the slowest growth in the Eurozone manufacturing sector for two years. The final purchasing managers’ index for the sector, released Monday, showed the PMI at 53.2 in September, down from both the “flash” estimate of 53.3 and the previous month’s 54.6.

You can read about the technical outlook for EURUSD here.