The Japanese Yen cautiously gained against the US Dollar as a flood of local economic data crossed the wires early into Monday’s Asia Pacific trading session. 3Q Tankan Large Manufacturing Outlook clocked in at 19, below both economists’ forecasts of 20 and the prior 21. The Tankan Large Manufacturing Index was similarly lackluster, as the third quarter figure of 19 decreased from the estimate of 22 and 21 previous. Furthermore, large all-industry capital expenditures declined to 13.4% from the 13.6% in 2Q. USD/JPY pared its losses later on, as the Tankan measures are the latest in a spate of weak Japanese economic data. 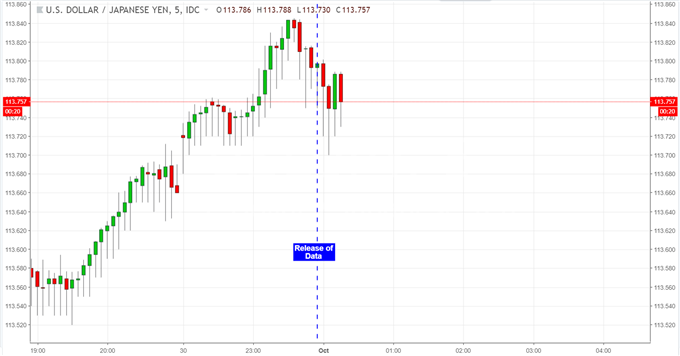 The currency pair has rallied for the majority of this year, reversing bearish momentum from October 2017 to February 2018 seen through a head and shoulders bottom formation. USD/JPY is currently testing October 2017 resistance levels near the 113.6-11.47 range. Interest-rate differentials have given rise to US Dollar strength against the Japanese Yen, due to an increasingly hawkish Federal Reserve. On the other hand, the weakening in economic activity is unlikely to significantly affect Japanese monetary policy bets, as the Bank of Japan’s large-scale quantitative and qualitative easing program with added yield curve control has done little to help the island nation accelerate growth and meet the 2% inflation targets. 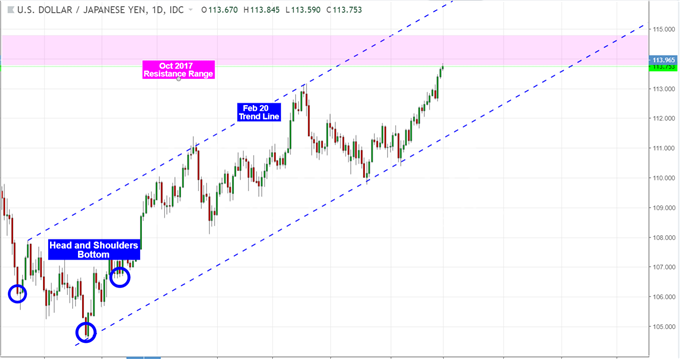 Looking ahead, economic data and market sentiment will continue to weigh on next moves for the currency pair. USD/JPY may be impacted by the release of September’s Japanese consumer confidence and PMI data, in addition to US employment data set to come out later this week. Furthermore, the Japanese Yen will be closely eyeing equities’ reactions to news on a possible NAFTA deal between the United States and Canada. Securement of a trade agreement could send markets soaring and the anti-risk unit in the opposite direction.