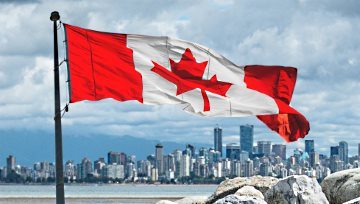 USDCAD has continued its recent rise after the pair failed to make a firm break below the 200DMA. As such, the pair had broken above the psychological 1.30 level before breaching the 50 and 100 MAs at 1.3050. A close above 1.3050 would be needed to confirm a bullish trend back towards 1.32. 2yr US/CA bond spreads have continued to widen, failing to crack through 60bps, while 1-month risk reversals have slightly edged higher and as such has added to the negative undertones for CAD. The main risk to Canadian Dollar bulls is the is the outcome regarding NAFTA. With a touted deadline of October 1st and disputes still not settled, risks are rising with regard to no agreement being reached, consequently keeping the Loonie on the back foot. Alongside this, reports have suggested that discussions to reach a deal may take place after the US mid-terms in November, which in turn prolongs the uncertainty for the CAD.

Despite the uncertainty over NAFTA, the Bank of Canada have been keen to imply that gradual hikes will continue and given that data has continued to exceed expectations, markets are pricing in a 72% chance (BBG Estimates are 90%) of a hike next month. However, with market pricing relatively high, this can suggest that monetary policy may have a somewhat limited effect on the CAD, heading into the October meeting.

Focus will be on Governor Poloz, who is due to speak at 2145GMT. As a reminder, the Deputy Governor Wilkins suggested that the BoC had debated whether to remove gradual from their guidance. A similar mention from Poloz may be enough to provide a slight bid in the CAD, despite the elevated market pricing of rate hikes. A keen eye will also be placed on the Govenors comments in regard to the economic outlook for Canada in light of the uncertainty surrounding NAFTA.

As fears mount that the oil market may be faced with a supply crunch amid the looming Iranian sanctions, oil prices have printed a fresh 4yr high, hovering around $82/bbl. With Iranian exports down 84% this year given that two of there largest importers (South Korea and India) of oil have/will drop purchases to zero once sanctions are imposed, oil prices have room to push for higher levels. Particularly after the US Energy Secretary stated that the US will not tap into emergeny oil reserves to offset the loss of supply. That said, losses in the Canadian Dollar have been limited against its major counterparts.