Markets have eagerly awaited the Federal Open Market Committee’s interest rate decision to drive action this week, and it delivered. Expectedly, Wednesday saw the Fed hike interest rates 25 basis points to a range of 2.00% to 2.25%. The hike falls in line with the Fed’s ‘gradual and accommodative’ stance they have maintained in recent quarters. Further, Fed Funds futures had the probability of a hike at 99% so markets were relatively unfazed as the decision crossed the wires.

Not much was changed in the minutes of September’s meeting except the Fed’s decision to remove ‘accommodative’ language regarding hikes. Markets initially debated whether the language change was dovish or hawkish.

A more hawkish policy stance would not be wildly unexpected given the economic climate the United States finds itself in. Equities are at record levels along with unemployment. Sentiment of the typical American is also seemingly positive given the recent barrage of strong confidence reports. First with small business confidence hitting 35-year high and then with ISM manufacturing at the highest levels since 2004. Further, a leading indicator in University of Michigan’s consumer confidence report also hit an 18-year high in August. To top it all off, this week saw the Conference Board’s confidence report hit the highest point since 2000.

However, in Chairman Powell’s news conference he discussed the change. “The dropping of accommodative language does not signal a change in policy,” he said. The comment reversed any initial moves in equity and currency markets, sending the Dollar higher as equites retreated. On equities, Mr. Powell said “it’s true that some assets are at the upper end of their historical ranges.” And that “non-financial corporates have a story of leverage there.”

The comments did their part in driving equities lower as the S&P 500 shed gains from the immediate response of markets. 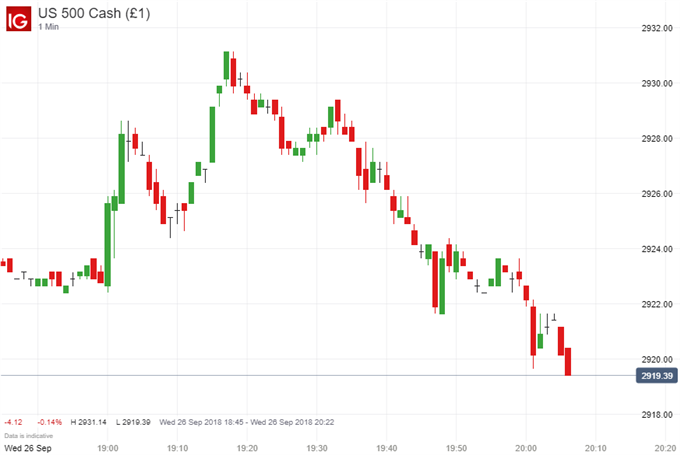 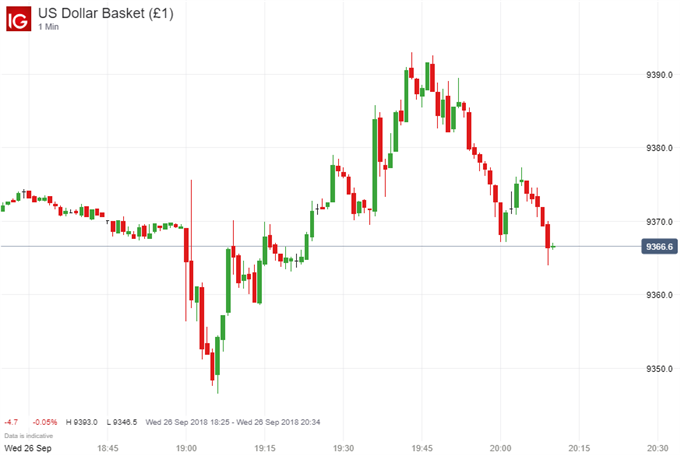 On the minute chart, the Dollar initially traded lower. During the news conference, the Dollar gained momentum after clarifying statements and measured remarks from Chairman Powell. On the broader scale the impact on the Dollar was fairly negligible, trading within the week’s range. 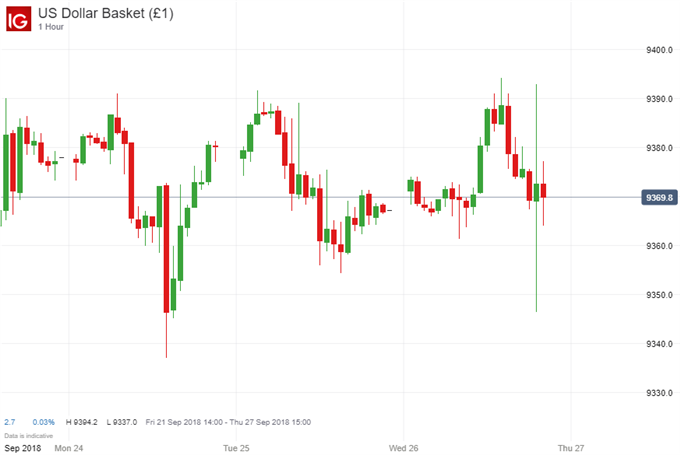 As the dust settled, the US Dollar saw a fair amount of intraday volatility to remain near opening levels. Traders will now have to look to other important events on the economic calendar to drive price action this week. Tomorrow contains numerous important data releases for the United States, like GDP, so we could see a trend in the Dollar materialize soon despite Wednesday’s undecided Dollar.