The US Dollar remained above support Tuesday after July’s Treasury International Capital (TIC) flows came in above expectations. Total TIC flows for July were $52.2 billion versus last month’s $114.5 billion and the expected $46 billion. Long-Term flows delivered a similar performance with $74.8 billion in in-flows for July versus -$36.5 billion in outflows for June. The TIC figures suggest robust demand for US exposure which is somewhat unsurprising given ETF flows and the strong performance of US equities during this time. Specific holdings in the data also reveal US debt has not been used as a tool in the trade war at this time.

Catch up on the ongoing economic conflict with A Brief History of Trade Wars.

Unlike last month’s report, this month saw little change in the holdings of Japan and China. The two largest foreign holders of US debt reduced their holdings by a modest amount last month and the move stoked concern for some investors that US bonds would be dumped by trade war opponents. An important point to note is the lagging nature of the data. Two months behind, the most recent trade war developments are not reflected. After President Donald Trump slapped a further $200 billion worth of tariffs on Chinese goods Monday, China may seek out alternative methods to fight back. Similarly, President Trump’s recent comments regarding Japan and possible tariffs may spur them to alter their holdings. Unfortunately for investors, TIC flows data for September will not be released until mid-November. 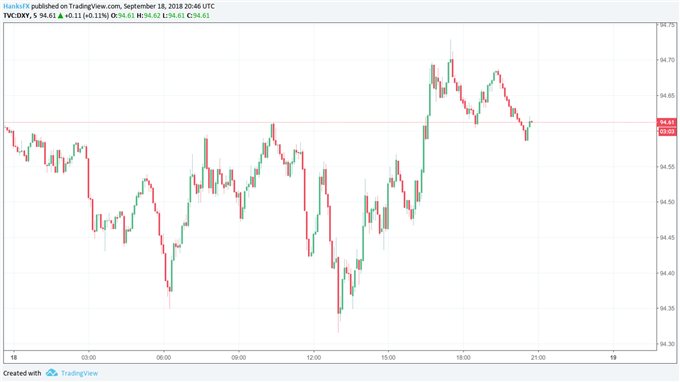 Looking to the market’s immediate reaction, the dollar and US equities gave the report little notice. The dollar basket still rests near support at the 94.60 area and US equities closed firmly in the green. Moving forward however, investors will surely look to the monthly figures for changes in the holdings of foreign debt holders as the trade wars rage on. 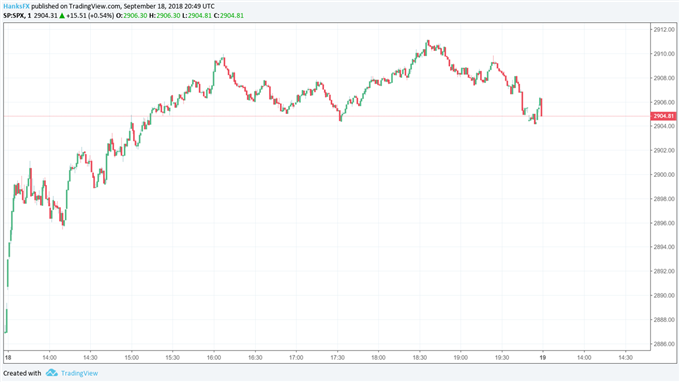 As the week moves forward, check out our live webinar calendar where our analysts will break down data releases and price action. For trade war developments and other events, check out our economic calendar. Canada and the United States will conduct NAFTA talks in Washington this week as the October 1st deadline looms.