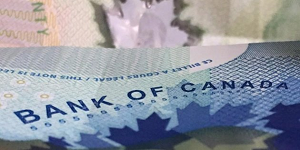 The Bank of Canada will publish its latest interest rate decision at 1400GMT where the central bank is expected to maintain its policy rate at 1.50%, according to 19 out of the 20 surveyed economists (one calling for a 25bps hike). OIS (Overnight Index Swaps) markets also attach an 81% likelihood that the central bank will stand pat on interest rates. As such, focus will be on the accompanying monetary policy statement and whether the central bank provides a strong signal for another rate hike October, given that it is roughly 80% priced in.

Canadian data continues to support the view that additional rate hikes are necessary for the Canadian economy. Recent data showed that economic growth was at 2.9% for Q2, which was above the MPC’s forecast of 2.8%, alongside this, headline inflation is now at the top of the BoC’s 1-3% inflation target range. As such, it is likely that the BoC will remain upbeat regarding the Canadian economy.

While economic data remains firms in Canada, a cause for concern for the Bank of Canada and the biggest risk to the economic outlook is the uncertainty on whether the US and Canada can forge a deal. Last week, both US and Canadian trade ministers had failed to reach an agreement in time, while President Trump had threatened to leave Canada out of NAFTA. Consequently, this may see the BoC deliver a somewhat cautious statement, which could see the Canadian Dollar falter as markets unwind bets for an October hike.

Given that market pricing is largely for an unchanged rate decision, the focus will be on the accompanying statement from the BoC. Market pricing for October is somewhat high at 80%, despite the uncertainty over NAFTA talks between the US and Canada with both nations failing to reach an agreement. As such, a cautious statement from the BoC highlighting the concerns over NAFTA could see a reduction in hawkish bets for October, which in turn could take USDCAD firm above 1.32. However, if the BoC remain upbeat given the healthy economic data and signal a rate move for October, this could see USDCAD revisit 1.31 yet again.

Option Pricing suggests that we could see some volatility over the event with vols indicating a break-even of 90pips. 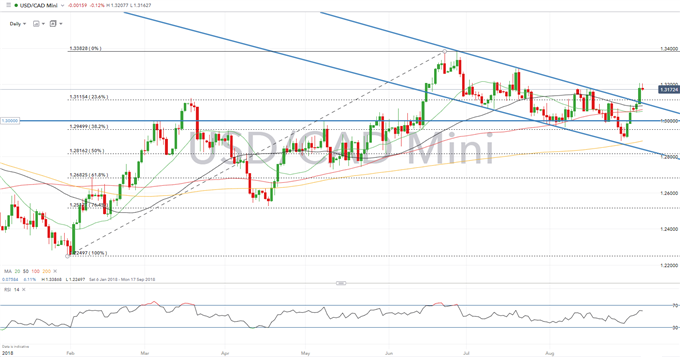