After consecutive days of weakness for emerging markets, the world’s fifth and seventh largest economies by GDP looked to stall a broader decline with positive GDP data. Due to their size, the two countries carry significant weight in the emerging market basket and their growth will surely generate some positive sentiment to counteract the issues facing the basket as a whole.

As for the specifics, Brazil’s Q2 quarter-over-quarter GDP read in at 0.2%. A rather low figure for global standards. According to the World Bank, global GDP was 3.1% in 2017. Still, Brazils 0.2% GDP growth surpassed the expected 0.1%. Year-over-year GDP came in below the expected 1.1% at 1.0%. South America’s largest nation has been beleaguered by a trucker strike and political concerns as a presidential election looms. Coupled with domestic concerns, regional developments like Venezuela’s hyperinflation also worked to weigh down the Brazilian economy. Following the data release, the Brazilian real saw a reprieve from recent troubles and gained ground versus the dollar. 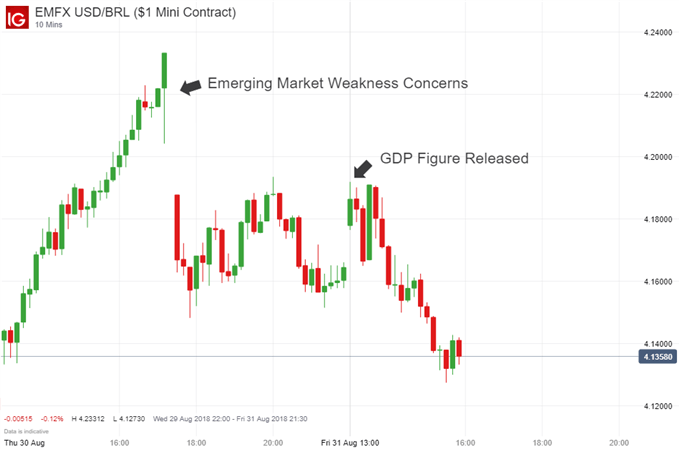 The real was up 0.73% versus the greenback, trading near 4.135 at the time of this article. The news is a welcome development that may help to temper losses by the real should emerging market concerns continue.

Shattering global standards, Indian GDP read in at a staggering 8.2%. The figure marks the highest growth in two years, the strongest since the first quarter of 2016. The data also surpassed domestic expectations of 7.5% growth. 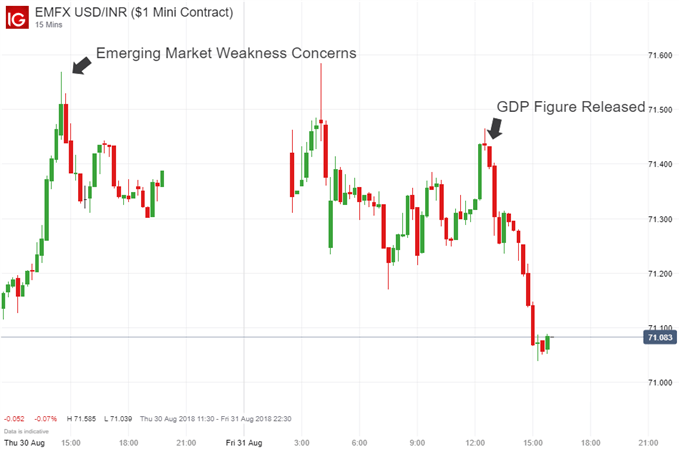 Although both Brazil and India delivered robust results, the issue emerging markets face is larger than data releases can counteract. Trade wars, sanctions, and other headwinds have battered emerging markets. The steep decline in currencies like the Argentine peso and the Turkish lira have spread weakness and concern to countries that were otherwise on strong footing. Collectively, the recent weakness is enough to drag down even the strongest emerging markets like India.