Asian stocks were broadly weaker Friday as trade tensions bubbles once more to the surface.

A report from Bloomberg claimed that Donald Trump told Presidential aides that he supported going ahead with a proposed additional $200 billion in tariffs on Chinese goods. The piece also said that the President had yet to make up his mind entirely on the matter and the White House itself reportedly declined to comment on it anyway.

Still, stock markets clearly disliked this reminder of the trade impasse and most regional bourses were lower, if not by very much. The Nikke and Shanghai Composite were both down by less than 0.1%, with the ASX 200 down 0.3%. Seoul’s Kospi managed to buck the trend and end a little higher.

The US Dollar caught what is becoming its customary haven bid as emerging market currencies were whacked by Argentina’s credit worries. Indonesia’s Rupiah hit its lowest point against the US Dollar since the financial crisis, cementing its position as of the worst performing Asian currencies this year. 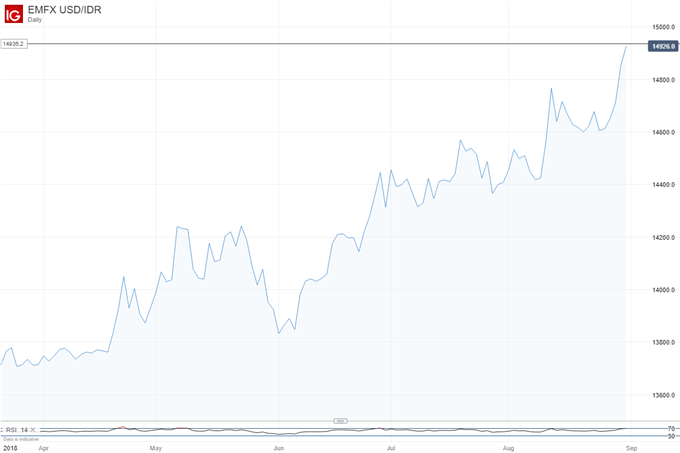 Crude oil prices slipped back as the market returned to worrying about what effects a trade war might have on demand. Gold prices rose a little too, although the stronger US Dollar probably kept a lid on gains.

There is a bit of life left in Friday’s economic calendar. Eurozone Consumer Price Index numbers are coming up, as is the University of Michigan’s monthly consumer sentiment snapshot.