British Pound prices soared as EU Chief Negotiator Michael Barnierhinted at a post-Brexit partnership with the United Kingdom. This arguably reduced some uncertainties and worries that would put Britain further away from a “no deal” hard exit with its European neighbors. UK front-end government bond yields rallied as this may potentially pave the way for a BoE rate hike sooner.

Stock markets took the news well, the S&P 500 and NASDAQ Composite finished the day 0.57% and about 1% higher respectively. The improvement in market mood buoyed investors as they sought yield, sending the anti-risk Japanese Yen lower across the board. While the pro-risk Australian Dollar rose during the latter half of Wednesday’s session, declines during the APAC session left it lower still.

Another volatile currency on Wednesday was the anti-risk Swiss Franc which unlike its Yen counterpart, appreciated against all but the British Pound. In the lead up to the Barnier comment, USD/CHF fell (which represents Franc appreciation) as the DAX and Euro Stoxx 50 declined. CHF may have benefited from regional proximity haven bids as the retail sector weighed on some European benchmark indexes. 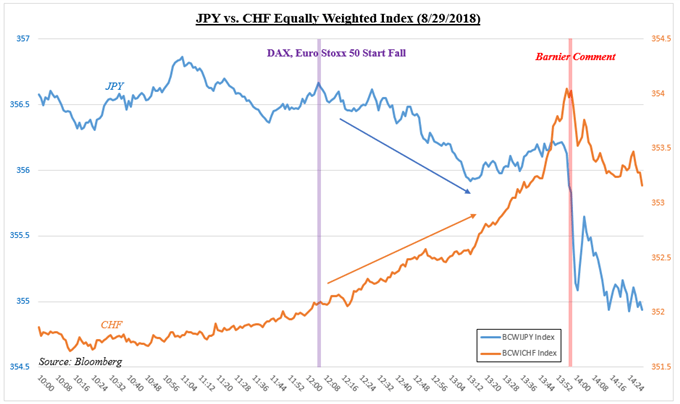 An upward revision to the second estimate of US GDP (4.2% from 4.0%) failed to offer a meaningful upside push to the US Dollar. The greenback was weighed down by a stronger British Pound. In addition, the pickup in stocks on the Brexit news likely sapped the appeal of USD from a haven perspective given its status as the world’s reserve currency. Do note that US government bond yields edged higher.

Ahead, Asia Pacific stocks could have their chance to react positively to Brexit updates. This could send the Nikkei 225 higher and the Japanese Yen lower. The Australian Dollar may react positively to a better-than-expected local CAPEX report. Data out of the country has been tending to outperform relative to economists’ expectations as of late. But gains may not last given the data’s limited impact for RBA rate hike bets.

The GBP/USD rate clocked in its largest upside performance in a single day (+1.22%) in over seven months. This has put British Pound prices on the daily chart just under a descending channel of resistance from May. A break above it exposes the 38.2% Fibonacci retracement at 1.3317. Meanwhile, near-term support appears to be a combination of the 14.6% minor level at 1.2912 and a rising line. 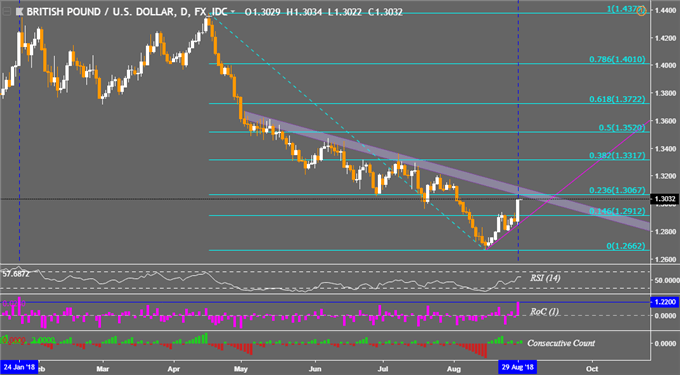 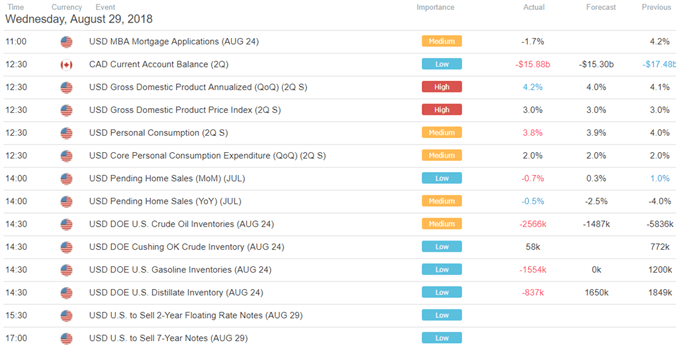 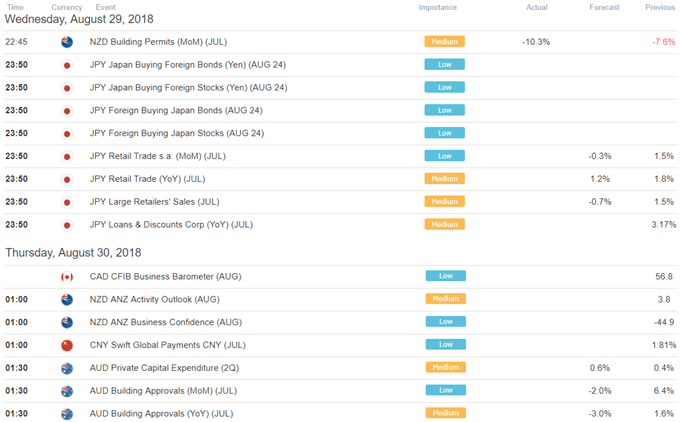