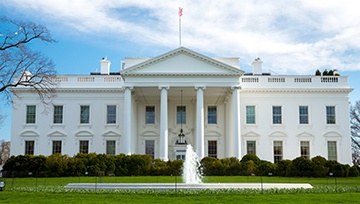 USD Shrugs Off Trump's Troubles, But For How Long?

Our trading forecasts for Q3 have been published; you can find the USD guide here.

The US Dollar has weakened only modestly Wednesday despite news that two of US President Donald Trump’s former advisers are facing lengthy prison sentences but its losses could well accelerate despite the currency’s status as a safe haven at times of risk aversion.

Moreover, expectations are not high for the US-China trade talks that resume at a low level in Washington Wednesday even though Tuesday’s record high for the S&P 500 US stock market index suggests that trader sentiment towards US assets remains positive.

Moreover, a breakthrough in the talks between the US and Mexico on the North American Free Trade Agreement (NAFTA) has not yet been reached even though Mexico has said they are making “good progress".

Against this background, the US Dollar Basket is falling and even though the decline Wednesday has far been modest there is scope for its losses to accelerate.

In the next few days, USD is likely to be influenced by both the minutes of the latest meeting of the US policy-setting Federal Open Market Committee, due later Wednesday, and by comments by Federal Reserve Chair Jerome Powell at the Jackson Hole central banking symposium Friday.

With analysts expecting another US interest rate increase in September, there is a possibility of disappointment.

Meanwhile, the chart above suggests that USD is now trending lower, having fallen from a high of 96.60 on August 15 to its current level close to 94.72 against a basket of other major currencies. For now, the 50-day moving average at 94.64 is providing support but any break through it could lead to further losses to the psychologically important 94 level, where the 100-day moving average also sits.