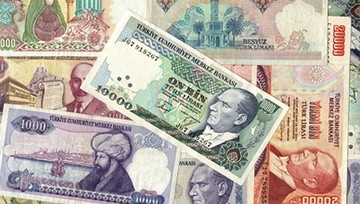 The Turkish Lira is easing again Monday after its crash and then last week’s very limited recovery. Late Friday, the ratings agencies Moody’s and Standard & Poor’s both lowered the country’s debt ratings further into “junk” territory.

In addition, the White House has rejected a Turkish offer to release an American pastor in exchange for forgiveness of billions of dollars in US fines on a Turkish bank. Turkey’s detention of the pastor has been a major factor behind deteriorating relations between the two countries.

Also, shots have been fired at the US embassy in Turkey’s capital Ankara, although no casualties have been reported.

In response, USDTRY edged higher Monday at the start of a week of Turkish public holidays even though traders welcomed a currency swap agreement between the central banks of Turkey and Qatar to provide liquidity to Turkish markets and support financial stability. The agreement is seen as a precursor of a $15 billion investment by Qatar in Turkish markets and banks announced by Qatar’s Emir last week.

Turkish President Recep Tayyip Erdoğan also came out fighting Monday, saying an attack of Turkey’s economy was no different from a strike against its flag or the Muslim call to prayer.

More generally, the risk of a knock-on effect on other emerging markets is seen as slim, with trader confidence still broadly positive. Even so, the possibility of contagion will likely be discussed Friday at the Jackson Hole Symposium of central bankers, although it is not likely to dissuade the US Federal Reserve from increasing US interest rates again in September.