US benchmark stock indexes gapped and traded lower Monday, echoing weakness from Friday’s session when the ECB’s concern about European bank exposure to the Lira unnerved investors as USD/TRY rose over 15%. The S&P 500 is now on a 4-day losing streak after failing to reach January highs, this marks its longest consecutive losing spree in about five months.

The pickup in S&P 500 loses coincided with a drop in the MSCI Emerging Markets ETF, perhaps reflecting increased worries about developing countries being susceptible to contagion due to exposure to Turkish assets. Earlier in the day, the Central Bank of Turkey cut Lira and FX reserve ratios in an attempt to boost liquidity. Markets initially rallied, but the decline in sentiment later on might have reflected a fulfillment for more protective and supportive local policy measures that perhaps were not met.

In the FX majors spectrum, the anti-risk Japanese Yen and Swiss Franc outperformed against most of their major counterparts. Meanwhile, the sentiment-linked Australian and New Zealand Dollars fell. Albeit, NZD did not quite suffer as much as AUD. The latter might have received more attention from risk trends given how dovish the RBNZ was last week. That made the RBA relatively more likely to raise rates sooner.

Given that the markets, particularly in emerging economies, are still feeling headaches from Turkish developments over the past couple of days, we may see more weakness in benchmark stock indexes ahead. However, declines may not be as pronounced without new updates and Asia/Pacific shares may trade cautiously lower or consolidate.

We will get Chinese retail sales and industrial production statistics for the month in which US tariffs on China imports went into effect. The country is Australia’s largest trading partner, but the data’s implication for AUD/USD could be limited from a monetary policy perspective given that the RBA remains patient before raising rates.

However, if sentiment improves on outperforming Chinese economic data despite the US levies, then the Australian Dollar might have scope for some gains if the Shanghai Composite rallies. In the event that the markets turn jubilant, the anti-risk Japanese Yen could also fall behind. 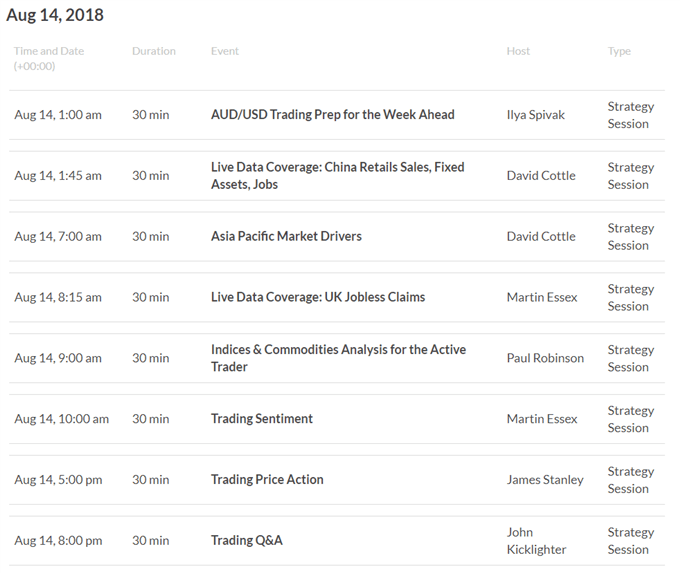 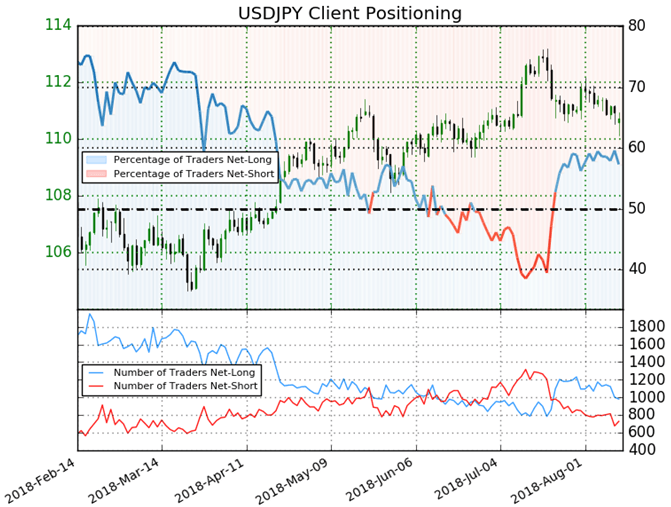