The US Dollar appreciated on Friday as worries about European bank financial exposure to Turkey amidst the performance in the Lira sparked market wide risk aversion. Its ascemt accelerated during the second half of Friday’s session after President Donald Trump authorized the doubling of US tariffs on Turkish steel and aluminum. Often, USD tends to act as a safe haven due to its status as the world’s reserve currency.

European and US stocks tumbled. The Euro Stoxx 50 dropped almost two percent to its lowest close since July 11th. On Wall Street, geopolitical concerns helped the S&P 500 gap lower as it declined about 0.71%. The scramble for safety helped push US government bond prices higher as the 10-year rose the most in a day in more than two months.

Deterioration in market mood crowded out the impact of a better-than-expected Canadian jobs report. The Canadian Dollar, which remained under pressure as the US Dollar soared, still depreciated. The anti-risk Japanese Yen climbed.

The sentiment-linked Australian and New Zealand Dollars also succumbed to losses. Albeit, the latter did not fall as much. Perhaps most of NZD’s downside momentum was already depleted after this week’s rather dovish RBNZ rate decision which sent the currency tumbling the most in a day in six months.

Towards the end of the session, reports crossed the wires that the US and Japan had agreed on expanding trade. The next meeting between the two is set to be around September. Following this update, USD/JPY pared some of its descent while the Nikkei 225 pushed cautiously higher. You can see this development on the chart below: 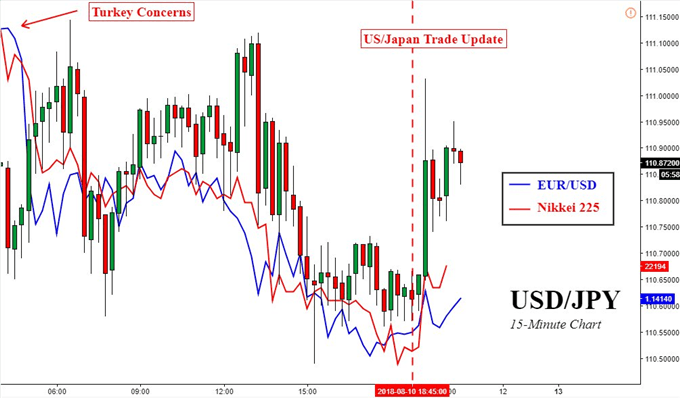 After market close on Friday, Mr. Trump threatened to impose tariffs on Canadian autos if he cannot get a trade deal with the country. This was as he said that a deal with Mexico “is coming along nicely”. Canada has been left out of NAFTA talks lately. Uncertainty over the outcome of negotiations as well as the threat of taxes on cars could send the Canadian Dollar gapping lower against its peers on Monday.

In addition, market mood could also begin next week without much optimism as the threat of trade wars in the west while geopolitical developments in Europe weigh on stocks. This could continue boding well for the US Dollar and the Japanese Yen. Likewise, the sentiment-linked Australian and New Zealand Dollars may also resume their descent. 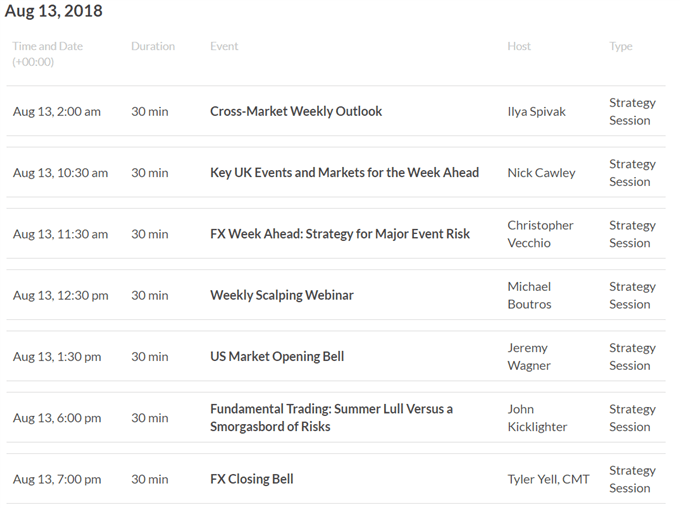 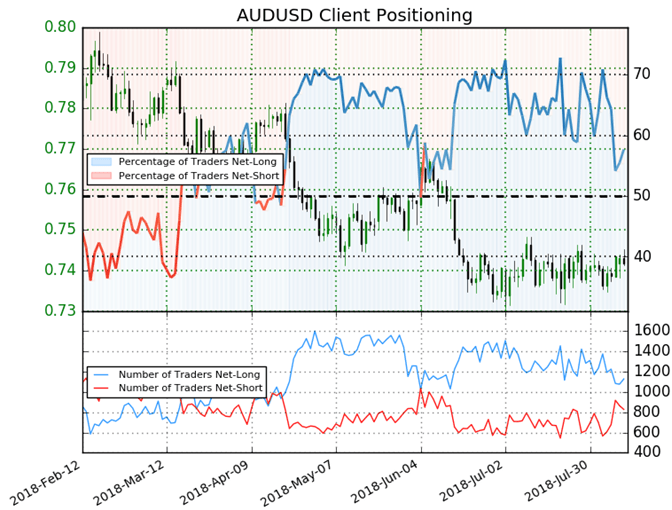 Retail trader data shows 57.7% of AUD/USD traders are net-long with the ratio of traders long to short at 1.36 to 1. In fact, traders have remained net-long since Jun 05 when AUD/USD traded near 0.75456; price has moved 1.7% lower since then. The number of traders net-long is 0.4% higher than yesterday and 14.5% lower from last week, while the number of traders net-short is 10.8% lower than yesterday and 25.1% higher from last week.

We typically take a contrarian view to crowd sentiment, and the fact traders are net-long suggests AUD/USD prices may continue to fall. Positioning is more net-long than yesterday but less net-long from last week. The combination of current sentiment and recent changes gives us a further mixed AUD/USD trading bias.