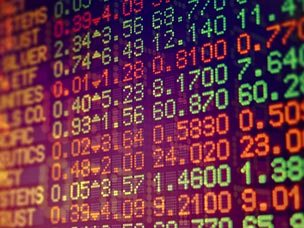 The DAX is the notable underperformer this morning following led by the industrial sector (-3.6%). Largely this comes off the back of a soft earnings report from the largest weighting stock in the DAX, Siemens, which makes up roughly 10%. Siemens shares are lower by around 4.8% having reported lower than expected revenues. Elsewhere, BMW shares slipped 2.3% have reported smaller auto margins than expected. Alongside this, sentiment has also been dampened by the escalation in the US-China trade war saga, with China stating that they are forced to retaliate to the actions taken by the US. 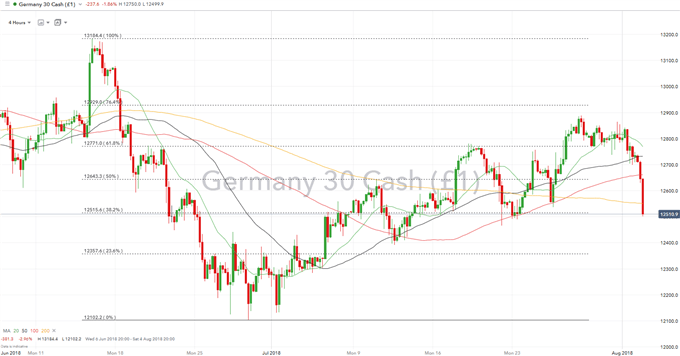 The DAX has seen a break through the 200DMA at 12550. Eyes are on the 38.2% Fibonacci retracement, which is curbing further losses for now. A firm break and a close below could test for the 12,400 level, if not, then a bounce back to the 200DMA is on the cards.

The S&P 500 has fallen to fresh session lows, breaking below the 2800 level after reports from China that they are ready to retaliate. This comes after the latest US tariff threat in which the Trump administration were looking at raising tariffs rates to 25% from 10% on $200bln worth of Chinese goods. As it stands, the US are considering whether to put duties on an additional $16bln in goods, which may be announced later this month. 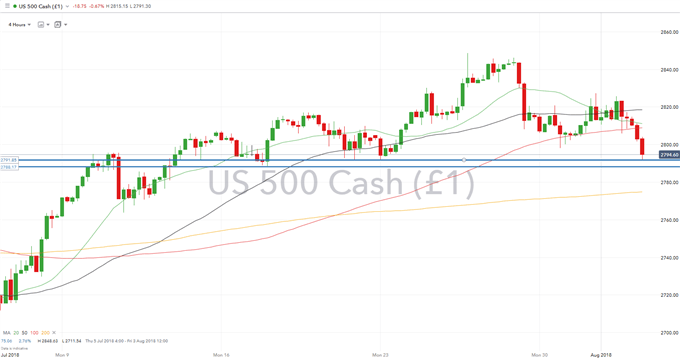 The latest leg lower in the S&P 500 has brought the index back down to the 2788-90 support zone. A continued increase in the trade war saga between China and the US will likely see this area broken with a move to the 200DMA sitting at 2775.