The US Dollar advanced against its major counterparts during Tuesday’s US trading session. Its rally picked up pace with a combination of better-than-expected local data and a reduction in trade war fears. For the former, S&P CoreLogic Case-Shiller 20-City Index was up 6.51% y/y versus 6.40% expected. As for the latter, reports crossed the wires that the US and China will seek to restart talks to defuse a trade war.

Stocks rejoiced as the S&P 500 and NASDAQ Composite rose 0.49% and 0.55% respectively. Anti-risk currencies like the Japanese Yen and Swiss Franc declined. Keep in mind the former was already battered by a relatively dovish Bank of Japan. USD/JPY had its best single day performance since July 11th, or just about three weeks ago. The sentiment-linked Australian and New Zealand Dollars rose, but gains were somewhat restrained thanks to a stronger greenback.

Before the markets could fully digest this development, trade war concerns suddenly took a turn for the worst. Reports crossed the wires that the US is going to plan higher tariffs on $200b of Chinese imports. According to a person familiar with the matter, the official announcement should come over the next couple of days.

After rejoicing on earlier developments, S&P 500 futures tumbled. The sentiment-linked New Zealand Dollar, already hindered by the jobs report, fell even further and the Australian Dollar soon followed. Meanwhile, the anti-risk Japanese Yen strengthened. With that in mind, Asia/Pacific benchmark indexes might be heading for a rocky day. This could allow more room for JPY to gain at the expense of AUD and NZD. 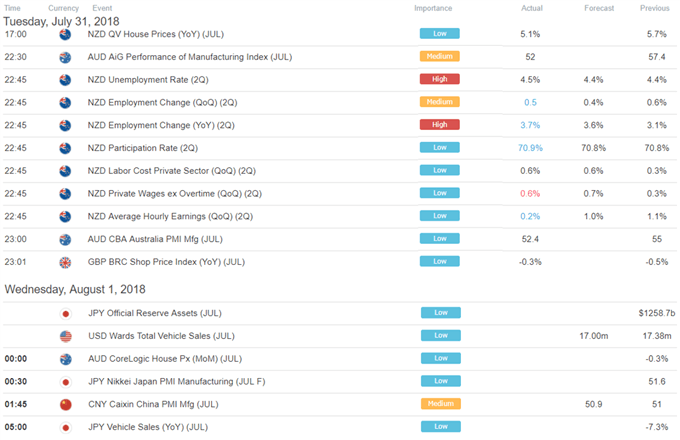 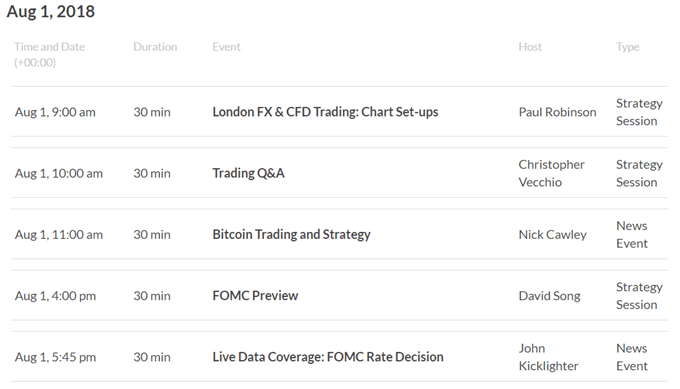 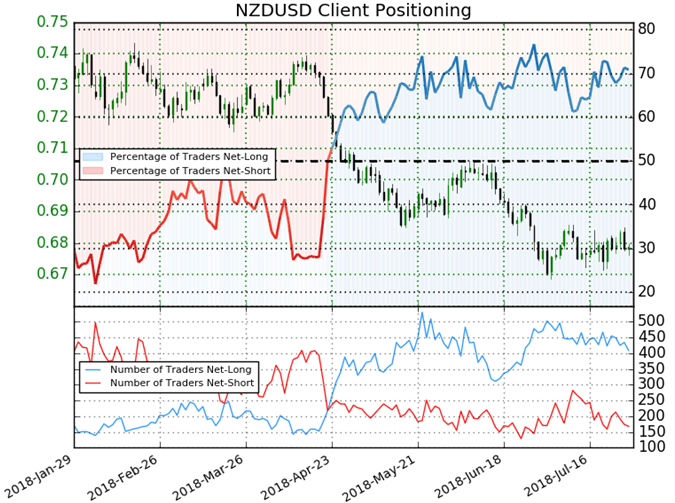 Retail trader data shows 70.9% of NZD/USD traders are net-long with the ratio of traders long to short at 2.43 to 1. In fact, traders have remained net-long since Apr 22 when NZD/USD traded near 0.7276; price has moved 6.7% lower since then. The number of traders net-long is 7.0% lower than yesterday and 1.2% lower from last week, while the number of traders net-short is 2.9% lower than yesterday and 2.4% higher from last week.