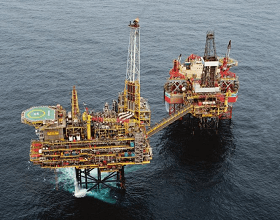 Brent crude futures have seen a slight lift this morning with prices back above $75/bbl as Union strikes go ahead on Total’s North Sea platforms for 12 hours from 1100GMT, while 24-hour strikes are to take place on August 6th and 20th. The platforms account for around 10% of the UK’s gas output, while oil productions contributes to around 45-50kbpd.

This also follows on from reports last week that Saudi Arabia stated that it was suspending oil shipments through the Red Sea’s Bab al-Mandeb strait (EIA noted that 4.8mln bpd flows through this waterway), which is one of the world’s most important tanker routers, after Houthi rebels attacked two ships in the waterway.

As neither side has showed any signs that they are willing to shy away from a full-blown trade war, oil price gains continue to remain capped as escalation weighs in risk sentiment. As such, headline risk remains high following reports last week that China will retaliate to the additional $16bln worth of tariffs set to be imposed. 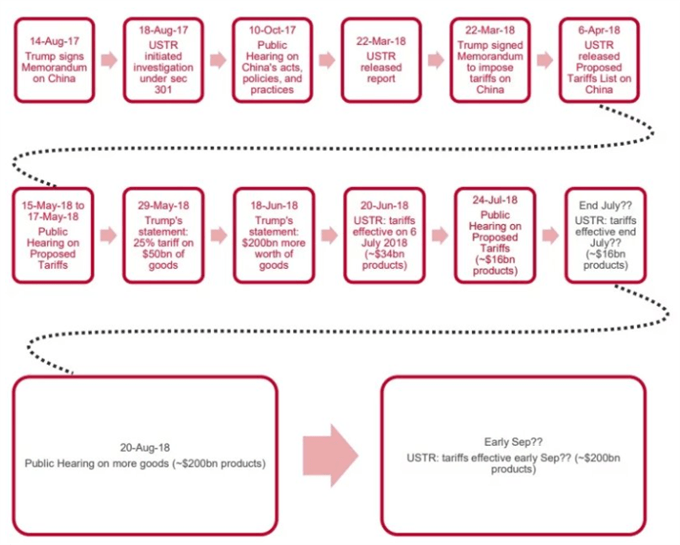 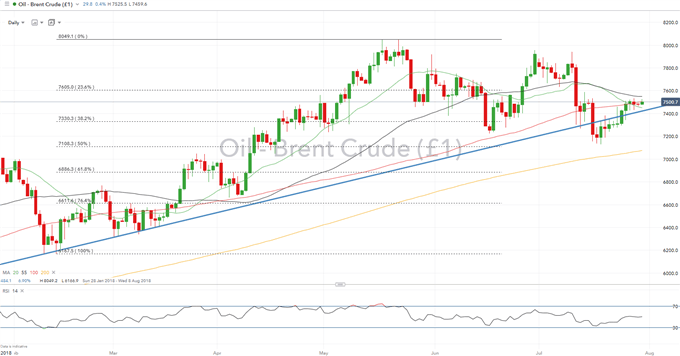 Brent crude holding above $75/barrel with the 100DMA keeping price action somewhat static. Support is seen from the rising trendline stemming from June 2017. Target on the upside will be the 23.6% Fibonacci retracement at $76.05, while key support is situated at $72/barrel.