A broad pickup in risk appetite during Tuesday’s European session, which saw the Euro Stoxx 50 and DAX rise 0.85% & 1.12% respectively, generated a knock-on response in the FX spectrum. The haven US Dollar dropped like a rock while its sentiment-linked counterparts such as the Australian Dollar appreciated. Meanwhile, the anti-risk Japanese Yen and Swiss Franc depreciated.

The upbeat mood in stocks followed strong earnings from Google and its parent company Alphabet Inc. However, the improvement in risk appetite dwindled during the US trading session. Even though the S&P 500 rose 0.48%, this was largely thanks to a moderate gap to the upside. In fact, the index spent most of the day trading lower.

The pullback in risk trends followed comments from US President Donald Trump, who proclaimed that tariffs are the “greatest” ahead of a meeting with European Commission President Jean-Claude Juncker. Tomorrow, the two will begin trade talks where the latter will likely aim for a path that avoids escalating tariffs as the former mulls auto import levies.

Meanwhile, the New Zealand Dollar edged cautiously lower as June’s trade balance report crossed the wires. Net exports, another term for the data, clocked in at -113m versus +200m expected. In short, this could be negative for growth as the trade balance is one of the four components of calculating GDP. Local front-end government bond yields fell as the data was released.

A Look Ahead – All Eyes on Australian CPI

The top tier economic event risk during Wednesday’s Asia/Pacific trading session is the Australian second quarter CPI report. Last week, a better-than-expected local jobs report, while boosting the Aussie Dollar initially, failed to offer a lasting response. Since then, overnight index swaps are now pricing in a 76.5% chance that the RBA will raise rates in August 2019 which is up from about 71% last week.

Whether or not the AUD/USD may rise on the CPI report depends entirely upon how much it can push forward some of those hawkish central bank monetary policy expectations. Lately, Australian economic news flow has been tending to outperform relative to economists’ expectations. This opens the door for an upside surprise here.

Do keep in mind though that the central bank anticipates CPI to clock in just a tad bit above two percent this year. In fact, the headline rate is expected to be 2.2% y/y in Q2 while the trimmed mean version holds steady at 1.9%. The latter is mainly used to try and capture underlying inflation which the central bank closely monitors. All this could result in brief AUD gains that may potentially not last, similar to last week.

Join us for coverage of the Australian CPI data in our LIVE webinar here! 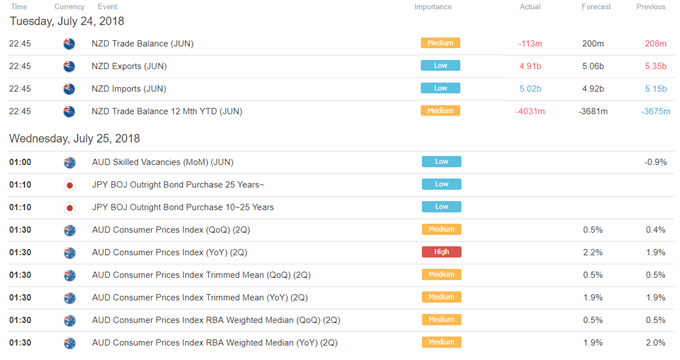 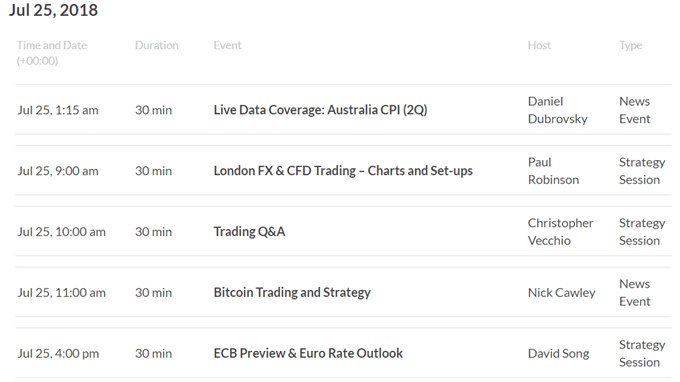 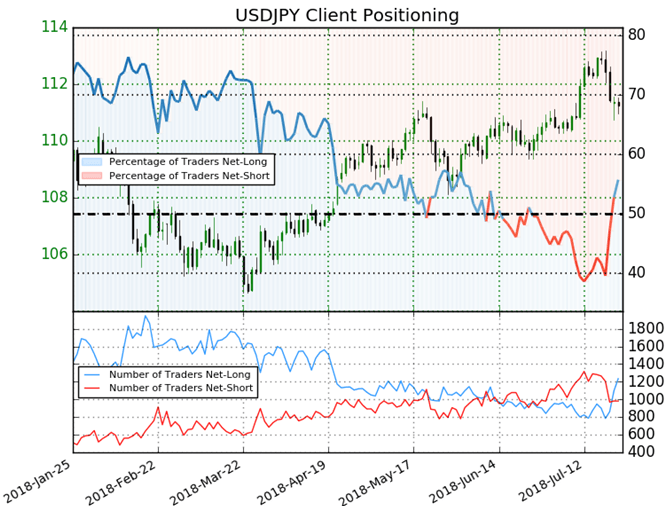