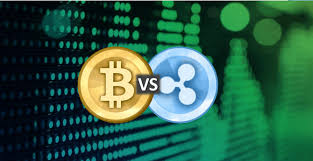 Bitcoin (BTC) has burst back above $8,000 for the first time since late-May as rumors that an ETF will be granted soon drives the price higher. According to market news, the US SEC is seriously considering whether to approve an application for a Bitcoin ETF with news on the ruling expected within a month. An openly traded ETF will allow investors to trade Bitcoin, from either a long or short position, adding liquidity and allure to the cryptocurrency. Van Eck Associates and SolidX Partners have filed a request with the SEC to list a physically-backed Bitcoin ETF. Earlier this year the SEC rejected a filing for the Winklevoss Bitcoin Trust ETF. 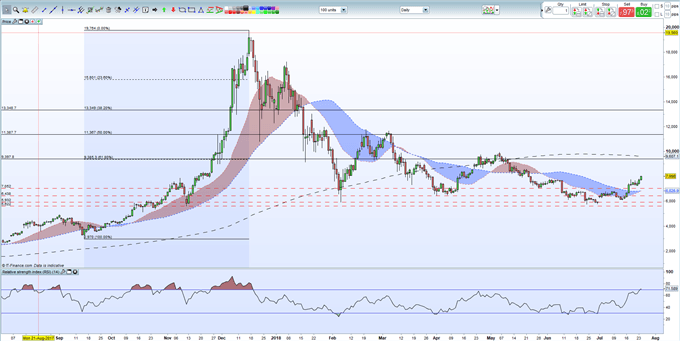 The third-largest cryptocurrency by market capitalisation is unable to cash in on the latest cryptocurrency rally and continues to trade around $0.45 as buyers take a step back. The fear for Ripple holders is that the token may soon be classified as a security by the SEC which would then make it unattractive for unregulated exchanges to list XRP.

Ripple is currently trading either side of $0.46 – support seen back in April – and will likely break to the downside further if the recent double-low at $0.425 is taken out. XRP continues to trade below its 200-day moving average and is now being press further lower by the 20- and 50-day ma. 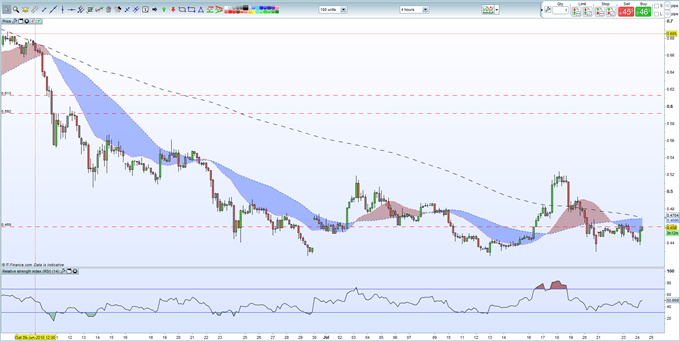 We cover Bitcoin, Ripple and a range of other cryptocurrencies, at our Weekly Cryptocurrency Webinar on Wednesday.

What are your views on Bitcoin and Ripple - you can contact me on Twitter @nickcawley1 or via email at nicholas.cawley@ig.com.