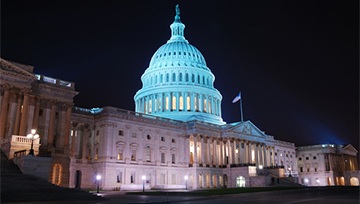 Our trading forecasts for Q3 have been published; you can find the USD guide here.

US Dollar in demand

USD remains on an upward trajectory after Federal Reserve Chairman Jerome Powell reiterated Wednesday that he thinks the US economy is in rude good health, implying that the Fed will continue to raise US interest rates this year – perhaps twice more.

In a second day of testimony to Congress, he also downplayed trade war fears but that failed to boost the “risk on” currencies despite some profit-taking in USD after its recent strength.

The US Dollar basket (DXY), which measures it against a range of other major currencies, moved closer to the highs reached on June 21 at 95.21 and June 28 at 95.20 – its strongest levels for a year.

Other major currencies, including the Euro, the Japanese Yen and the British Pound all suffered from Dollar strength. EURUSD is falling Thursday for the third successive session, although it remains in the middle of a sideways channel it has traded in since May.

USDJPY remains in the upward channel that also began in May and is now not far from its highs for the year, while GBPUSD continues to be damaged by the political turmoil in the UK over Brexit, Wednesday’s news that UK inflation in June was lower than analysts had predicted and data on Thursday showing UK retail sales last month were below the levels forecast.

As for gold, that has now eased for three consecutive sessions and looks to be breaking lower, out of a downward channel in place since the gold price hit a high of $1,365.36 on April 11. Trader sentiment data suggest further downside for gold, as well as for EURUSD and GBPUSD.