US Session Developments – Oil, Stocks Up and USD Down

The US Dollar, which rallied amidst British Pound weakness on weak UK inflation, found itself paring most if its gains during the second half of the day. There, a rise in stocks as sentiment improved dampened the appeal of haven assets, which the greenback is ubiquitous for given its highly liquid status. S&P 500’s 0.22% gain was partly attributed to a pickup in financials as major banks reported solid earnings reports.

In addition, sentiment-linked crude oil prices rallied despite an increase in US crude oil inventories. The official EIA report showed stockpiles rising about 5.8m barrels last week, markets were anticipating a contraction of 4.1m. Not surprisingly, the Canadian Dollar appreciated as its US counterpart headed lower, but the Loonie was left little changed due to earlier greenback gains.

The US Dollar also could not find much support from more commentary out of the Fed. Chair Jerome Powell had his second day of Congressional testimony, but he started off with some concerning notes. For starters, Mr. Powell said the he is slightly more worried by lower inflation still, adding that wages have been somewhat slow in moving up. This ran a little bit more dovish compared to yesterday’s testimony.

However, the US Dollar bottomed when Mr. Powell brought up some upbeat notes below:

A Look Ahead – AUD Faces Jobs Data, Risk of Trade War Still There

Ahead, the top tier event risk during Thursday’s Asian trading session will be June’s Australian jobs report. There, the country is expected to add more jobs (16.5k) as unemployment remains steady at 5.4%. While the Australian Dollar may see some short-term volatility on this event depending on the outcome, long-term follow-through may be limited. At the moment, the RBA is patient on changing rates for now.

There may be a chance that Asian shares follow Wall Street gains, resulting in more risk-on trading. Such a scenario could bode-ill for the anti-risk Japanese Yen. However, keep in mind that there are still tensions in regards to trade between the two largest economies. 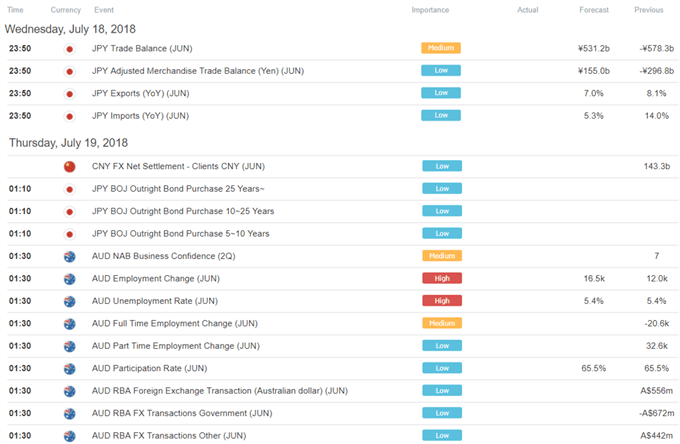 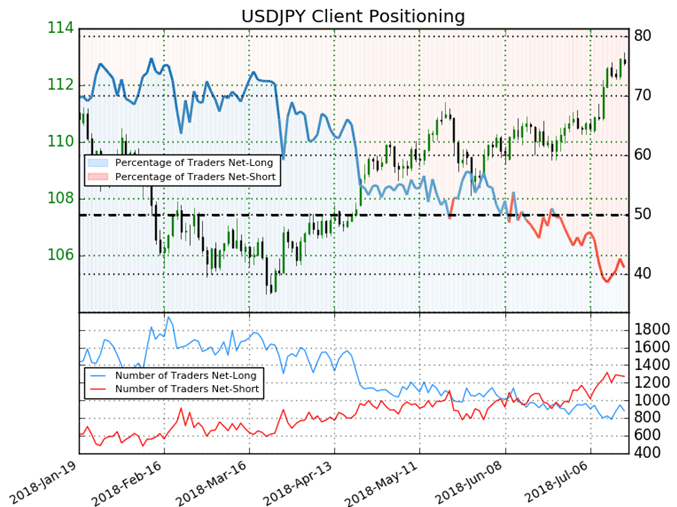