US AM Digest: AUD Dented by Trade War, EUR up on ECB Sources

For a more in-depth analysis on FX, check out the brand new Q3 Forecast

Global Equities: The US-China trade war escalated overnight when US President Donald Trump announced new tariffs on $200 billion worth of Chinese goods, in a move that is expected to provoke a response from Beijing. The list of tariffs, announced after the US stock market had closed rattled investors and sent Asian and European bourses lower.

AUD: The worst performing G10 currency after the Trump administration announced another round of tariffs on China, worth $200bln. Given that China is likely to retaliate and due to Australia’s reliance on the Chinese economy, the currency is notably weaker, as such, eyes now on the 2018 low at 0.7310.

EUR: Much of the weakness in the European morning has been erased after ECB sources report, in which rate setters were somewhat divided over the timing of the first-rate hike. Dovish members see a rate hike in Autumn, while hawkish see scope for a rate hike as early as July. Subsequently, the Euro is trading back at around 1.1750, while rate hike expectations have pushed higher.

CAD: At 1400GMT focus will be on the Bank of Canada rate decision (Preview). Expectations are for the BoC to raise the bank rate to 1.50% from 1.25%, however, given that this is largely priced in, the risk is to the downside for the Canadian Dollar on a potential dovish hike amid the current trade war environment.

Crude Oil: Prices have taken a hit from the risk off environment. Brent crude futures have seen a larger decline relative to WTI given that Libya have announced that the NOC is to resume control of Eastern oil ports, subsequently, bringing back production that had been offline. While yesterday’s larger than expected drawdown in API crude inventories has alleviated some of the selling pressure. 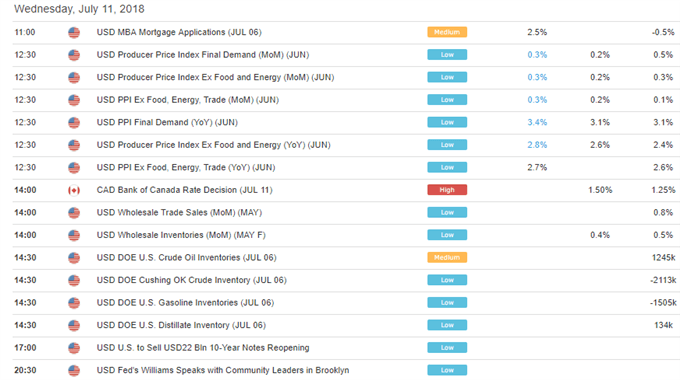 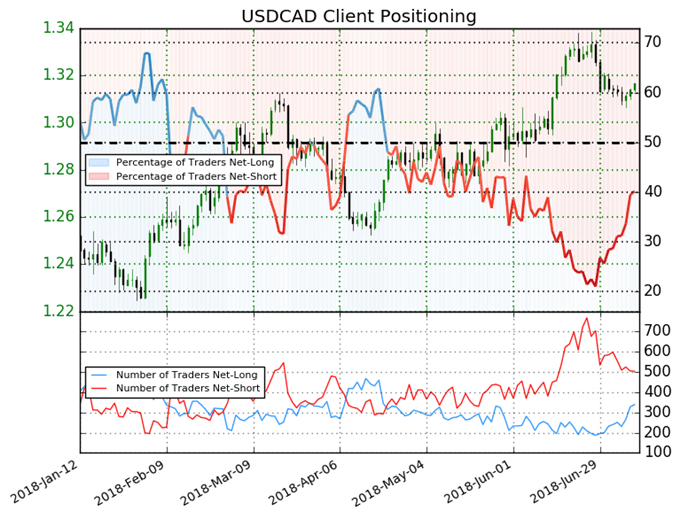