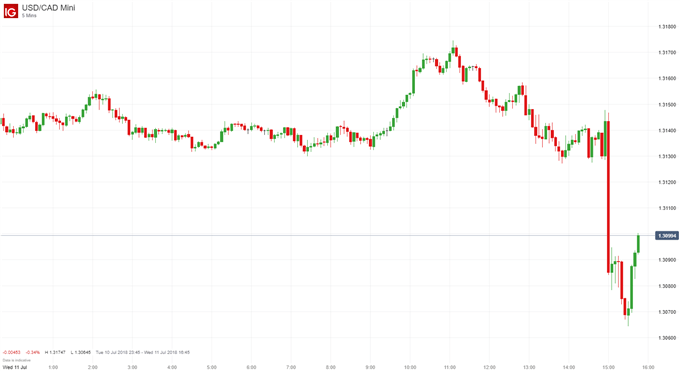 The Bank of Canada expectedly increased their key interest rate by 25bps to 1.50%, marking the fourth rate hike in the last 12-months, which resulted in the Canadian dollar climbing on the news. At the rate decision, BoC officials said they expect “higher interest rates will be warranted to keep inflation near target”, offering some insight on the stance of the bank heading into future rate decisions. Similarly, BoC officials had commented on the ongoing trade war with the US.

As with other monetary policy officials, the BoC shed some light on the impact of trade disputes and tariffs on the economy. The BoC believes US steel tariffs will be felt in the second half of 2018 but could take longer. In conjunction with the effects, they believe GDP will be cut and inflation boosted. As we progress into the third quarter, the steel, aluminum, and proposed auto tariffs will remain a catalyst for movement between the loonie and the dollar.

In an immediate reaction to the rate decision, the Canadian dollar rallied against the greenback. The pair dropped from around the 1.3143 level to reach a low near 1.3087. The decline in USDCAD had been curbed, having run into support ahead of 1.3050, which in turn prompted a move back towards 1.3100. Similar price action had also been observed in other major CAD pairs. Elsewhere, NZDCAD had fallen to 0.8882 after the decision but has since rebounded slightly, trading near 0.8908. As the week progresses, economic data from Canada is limited but effects may be felt in the loonie from the release of US CPI and US CPI ex food and energy reports. 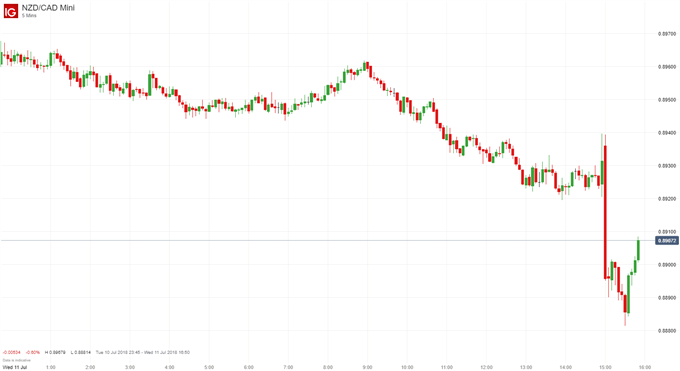