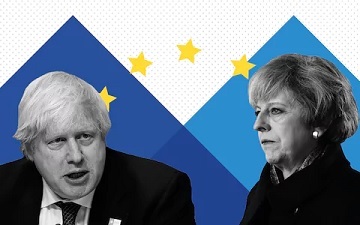 See our latest Q3 FX forecast to learn what will drive the currency through the quarter.

GBP Gains Pared as Both Brexit and Foreign Minister Quit

On Friday, PM May’s “soft” Brexit plan had been agreed among cabinet ministers at the Chequers meeting. The plan for the new UK-EU free trade area involves the UK having a customs regime around the bloc’s rules and implement identical regulations for certain sectors. The notion that PM May is looking for a soft Brexit kept GBP elevated for much of the morning.

However, with hard line Brexiteers David Davies and most notably Boris Johnson resigning in the wake of the soft Brexit proposal, this raises the risk of a “no deal”. Subsequently, this has erased the gains in the Pound with more losses potentially on the horizon as PM May’s Leadership is under renewed pressure, which could see her ousted. Additionally, this will also cast doubts on PM May’s plan and the ability for the UK to reach a deal by the October EU meeting. The clear divide within in the Tory party suggests that political uncertainty continues to keep the Pound pressured and will likely lead to increased volatility in the Pound in the short term. The Question among investors will be, who is next to leave?