The British Pound gapped higher against its major counterparts, having a chance to react to weekend developments on Brexit. As the markets came to a close last week, it emerged that UK Prime minister Theresa May managed to deliver her vision of a soft Brexit that her divided Cabinet had agreed on. Namely, it would create a free-trade area with the European Union.

However, those gains were short lived as UK Brexit Secretary David Davis resigned into the early hours of Monday’s trading session. Last week, it was reported that he was ‘worried most’ about the country conceding too much to the European Court of Justice. This of course will complicate situations for negotiations given that he was responsible for divorce talks with the EU. 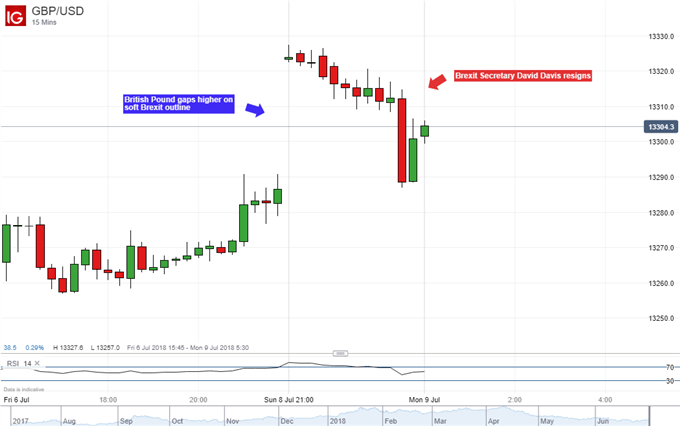 A Look Ahead – BoJ Head Speaks

The economic calendar docket is light during Monday’s Asian trading session. We will get a speech from Bank of Japan’s Governor Haruhiko Kuroda. The country’s headline inflation rate has been heading away from the central bank’s two percent target since February. Signs that the BoJ may continue its stimulus programme for some time yet as a result may hurt the Japanese yen and vice versa.

Friday’s US Session Recap – US and Canadian Employment Reports Disappoint

Despite the US adding more jobs than expected, the US Dollar declined against its major counterparts on Friday. Lately, the markets have been more interested in wage gains and those ended up disappointing coming in at +2.7% y/y versus +2.8% expected. The Canadian Dollar also depreciated as a local employment report met a similar disappointing fate ahead of this week’s BoC rate decision. 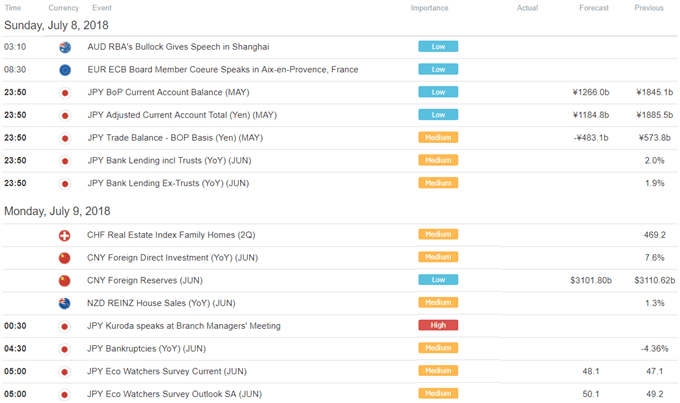 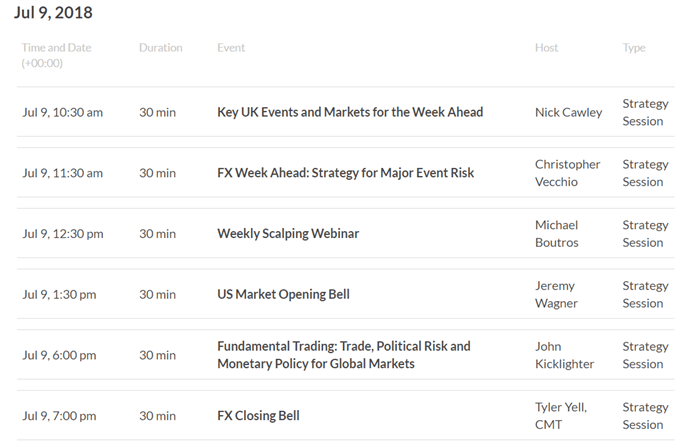 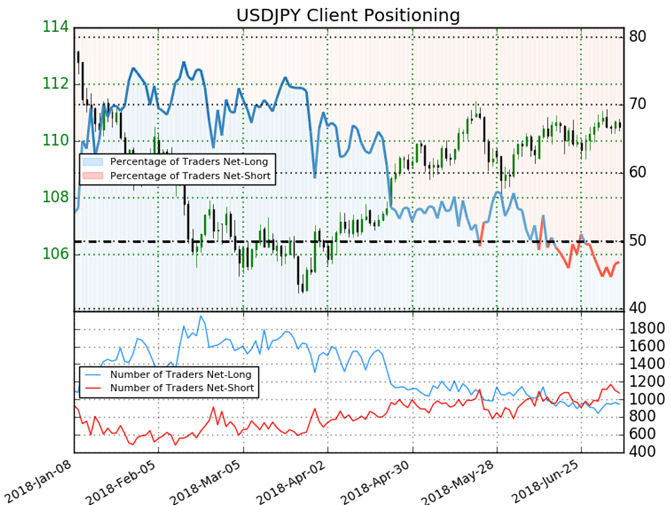 Retail trader data shows 46.9% of USD/JPY traders are net-long with the ratio of traders short to long at 1.13 to 1. In fact, traders have remained net-short since Jun 28 when USD/JPY traded near 110.489; price has remained unchanged since then. The number of traders net-long is 1.0% higher than yesterday and 4.9% higher from last week, while the number of traders net-short is 3.9% lower than yesterday and 1.7% higher from last week.