The plunge in the US Dollar during the first half of Tuesday’s session was met with Yuan gains as the PBOC stepped in with verbal and physical intervention. Governor Yi Gang said that China will keep the Yuan stable at an equilibrium level. This eased some speculation that the country was allowing their currency to depreciate ahead of the potentially economically damaging US import tariffs.

Not surprisingly, stocks also rebounded probably reflecting easing worries as the markets watched USD/CNH’s aggressive rise since mid-June pause. Demand for haven assets eased and with it the chase for the greenback given its world reserve status. However, things quickly turned around during the US trading session.

There, Wall Street clocked in aggressive declines as the S&P 500 and Nasdaq 100 plunged 0.49% and 0.86% respectively. The information technology sector suffered the most as China temporarily banned Micron chip sales from the US, effectively cutting them off from the world’s largest semiconductor market.

You might expect this kind of risk-off market dynamic to reverse earlier USD losses but that was not the case.

The greenback was unable to capitalize on its haven status during the second half of the day, although one could argue its decline from earlier bottomed as a result. US government bond yields tumbled and prices rose as the markets sought safety. Keep in mind that we are heading into the July 4th US holiday and trading activity is down and likely will be ahead.

A Look Ahead – Illiquid Trading Conditions Ahead

What can cause sudden market volatility is headlines related to trade wars around the two largest economies. Keep in mind that the US will be imposing the first $34b in Chinese import tariffs (out of $50b) this Friday and signs that it may hold off on doing so look increasingly unlikely. In fact, the Chinese ban of Micron chip sales followed President Donald Trump taking measures to block China’s mobile entry into the US.

Given the declines on Wall Street and the potential for more quarrels on the global trade front, we could see some Japanese Yen gains while the sentiment-linked Australian and New Zealand Dollars fall. The US Dollar could yet regain momentum to the upside in such a scenario as well as when the markets come back online later on. 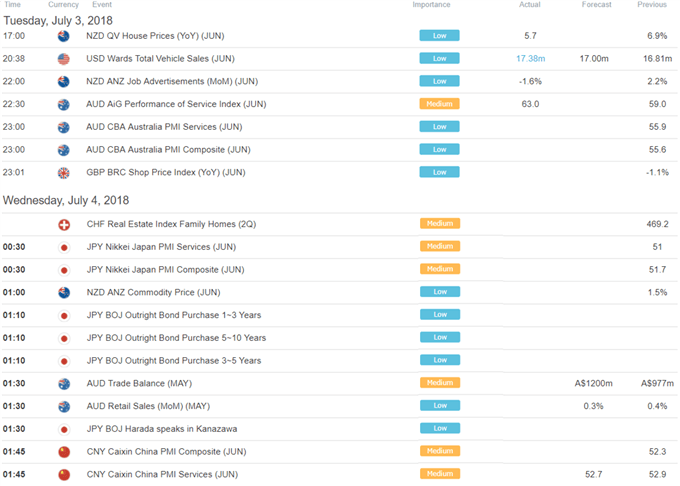 ***There are no scheduled webinars on July 4th 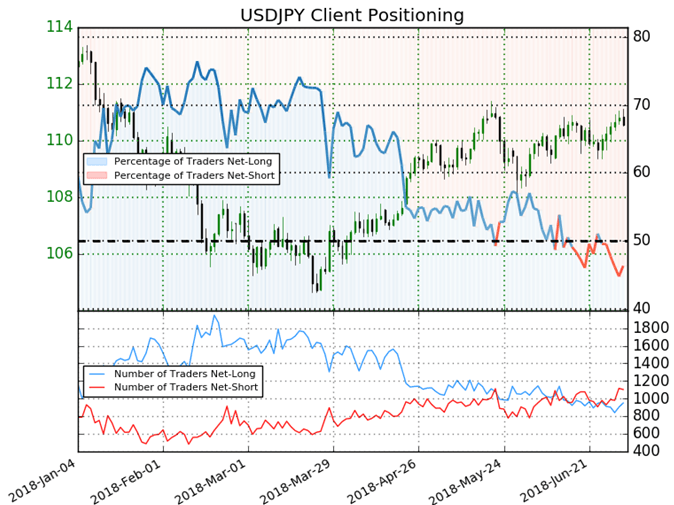