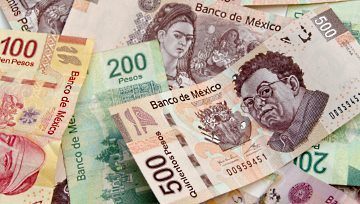 Stay up to date with important economic data with our Economic Calendar and gain insight on market moving events like the upcoming Reserve Bank of Canada rate decision on June 11th with our Live Webinars.

The left-wing candidate Andres Manuel Lopez Obrador declared victory in the Mexican Presidential election, receiving roughly 53% of the votes. Known by his initials, Amlo, Lopez Obrador has vowed to bring profound change to the country and fight corruption. He has also been highly critical of US President Donald Trump in a time where relations between the two neighbors are increasingly strained.

In the past, Lopez Obrador has offered criticism to the shift in US stance on immigration and trade. In a post-election speech, however, he has taken a more concilliatory tone saying he would like to “pursue a relationship of friendship and co-operation with the United States, always rooted in mutual respect and in the defence of our fellow Mexicans who live and work honourably in that country."

Despite his affable approach towards Mexico’s northern neighbor, Lopez Obrador’s victory did little for the Peso. Although his victory was widely expected, markets may be reluctant to cope with a president that could inject further uncertainty into NAFTA as negotiations seem far from over and trade tensions continue to rise. With an additional fundamental leverage in strong US manufacturing numbers reported by the ISM’s manufacturing index, USD/MXN now rests at the 19.9505 level after rallying from around 19.7000 but falling from 20.1950 earlier today. As for the bigger picture, the Peso still faces significant uncertainty until NAFTA is resolved but the event risk associated with the election can now largely be put behind us.