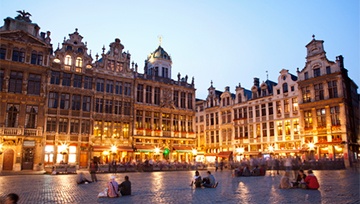 - EURUSD is in danger of major losses as German Chancellor Angela Merkel faces a tough political battle over migration.

- At the same time, the EURUSD price chart shows the pair at a key support level; if it breaks, further downside will beckon.

The current weakness of EURUSD looks likely to extend further as both the fundamental and the technical outlook for the pair appear increasingly negative.

On the political front, German Chancellor Angela Merkel is facing challenges at home and abroad as European leaders meet today, Thursday, in Brussels for a key summit on migration. The issue has led to a row at home with her Bavarian allies in a country where Germany’s failure at the World Cup looks likely to damage confidence off as well as on the football field.

Meanwhile, data released earlier Tuesday showed German consumer confidence, as measured by the GfK market research company, unchanged. However, the outlook for global growth has weakened in recent weeks and risks are skewed to the downside, due in part to increased protectionism, the European Central Bank said Thursday in its latest Economic Bulletin.

Economic sentiment also fell in the Eurozone in June, according to the European Commission, although it was better than analysts had predicted.

As for the technical picture, EURUSD is currently sitting on support from a series of lows touched in early November 2017, late May this year and again over the past two weeks. If that breaks, it will be back at levels last seen in July 2017, potentially leading to further falls to the 1.1130 level reached a year ago.

As for retail traders’ positioning, at DailyFX we typically take a contrarian view to crowd sentiment, and traders are currently net-long, suggesting EURUSD prices may continue to fall. Traders are further net-long than yesterday and last week, and the combination of current sentiment and recent changes gives us a stronger EURUSD-bearish contrarian trading bias.