Crude oil prices started off the new week with declines after Friday’s impressive performance saw it rally the most in a single day (+5.32%) since November 2016. There, the commodity rose as the real production increase agreed in the OPEC+ meeting amounted to a real gain of less than expected (+600k bpd versus 1 million).

However, over the weekend, comments from Saudi Energy Minister Khalid Al-Falih downplayed those pessimistic expectations. He said that the total OPEC+ oil hike will be closer to 1 million barrels per day versus +600k. Not only that, but he added that they will do ‘whatever is necessary’ to keep the market in balance. Russian Energy Minister Alexander Novak then reiterated Al-Falih’s view.

Meanwhile, the People’s Bank of China cut the reserve ratio for qualified banks by 0.5 percentage points. Cutting the RRR is essentially another form of monetary policy that can stimulate an economy. This frees up more cash in banks for the use of lending and can boost liquidity. According to the PBOC, these actions are to release about 500b Yuan for debt-to-equity projects.

In a follow-up to Friday’s 20 percent auto tariff threat from US President Donald Trump, EU commissioner Jyrki Katainen said that that bloc would again have ‘no choice’ but to react. Escalating trade war tensions can have consequential impacts on sentiment. However, so far the opening to this week’s session was rather quiet. The anti-risk Japanese Yen was slightly higher while the sentiment-linked Australian Dollar was lower.

A lack of key economic event risk during Monday’s Asian trading session will probably have markets eyeing risk trends. Rising trade tensions between the EU and US, in addition to China and Canada, could send some benchmark indexes lower. Such an outcome can boost the Yen at the expense of high-yielding currencies such as the New Zealand Dollar.

The Canadian Dollar, hurt by a worse-than-expected local CPI report, managed to pare its losses. This may have been due to the remarkable rise in crude oil prices. For Canada, since the commodity is a key source of revenue, price changes can have knock-on effects on growth and thus inflation expectations. If oil prices continue declining on the OPEC weekend news, then we may see a pullback in the Canadian Dollar. 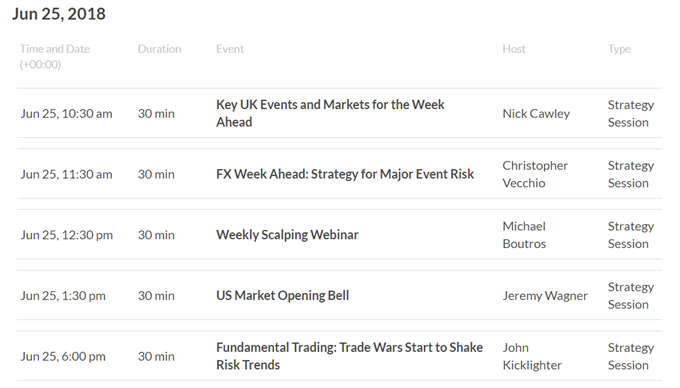 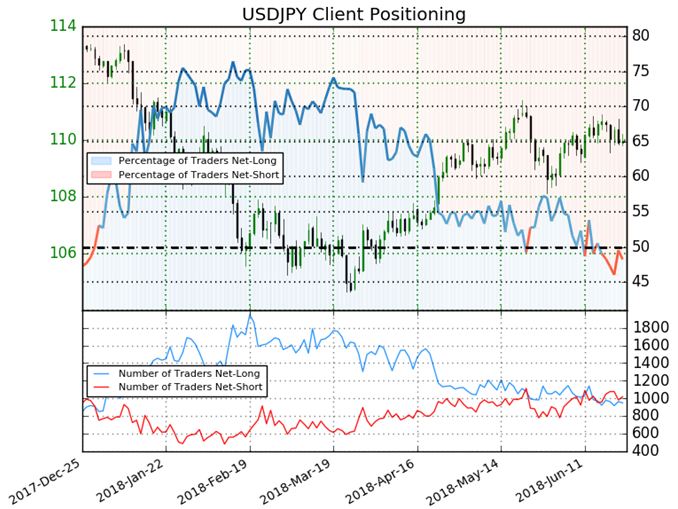