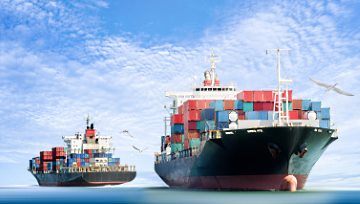 Asia AM Digest: Calm Waters Ahead as S&P 500 Pares Some Losses?

Rising trade tensions between the US and China from Tuesday’s Asian trading session sent Wall Street shares gapping to the downside yet again. However, the S&P 500 pared some of its losses throughout the session and finished the day 0.40% lower. Trade war fears seemed to have eased after there was no further escalation after the earlier spat between the two largest economies.

The People’s Bank of China (PBOC) made some efforts to try and calm investors after the CSI 300 declined about 3.53 percent. Governor Yi Gang came out and suggested that the central bank is ready to ease to help guard against systemic financial risk. In such an event, he pledged to prepare relevant policies and comprehensively use monetary policy tools.

On the currency side of things, the anti-risk Japanese Yen and Swiss Franc outperformed. Increased demand for haven assets also saw the US Dollar rise given its highly liquid status. However, the greenback halted its ascent as Wall Street came online and the S&P 500 pared gains. Reduced trade war concerns may have resulted in some of those safety bids unwinding, halting the US Dollar even as local bond yields rose.

The rise in USD may have also been as a result of some Euro weakness as ECB’s President Mario Draghi said that they will be patient in determining the timing of the first rate hike. Though Governing Council member Ewald Nowotny expects rates to rise after the summer of 2019.

Meanwhile, the Canadian Dollar was also generally weaker as sentiment soured. Canada’s Foreign Minister Chrystia Freeland said that the country has no choice but to reciprocate against the US, adding that they will respond firmly on autos as on metals. US President Donald Trump said that ‘hopefully’ they can be able to work out trade with the country.

A Look Ahead – Calm Waters Ahead?

A cooldown in trade tensions during the US session amidst lack of further escalation leaves room for Asian equities to consolidate given recent aggressive declines. Such a scenario opens the door for calm waters ahead offering sentiment-linked currencies a chance to recover. Simultaneously, we may see declines in the haven units like the Japanese Yen. This of course can quickly reverse course at any given time if signs of more trouble ahead reveals itself. 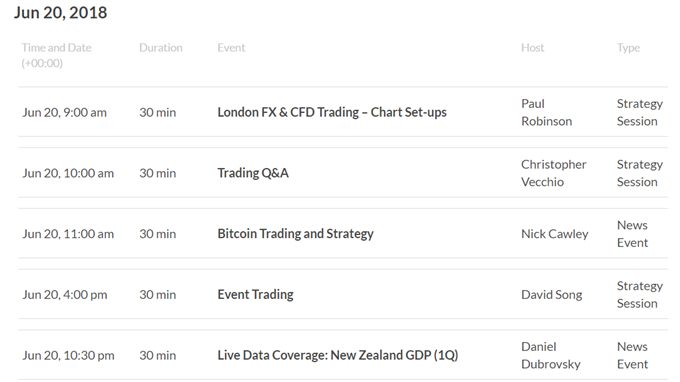 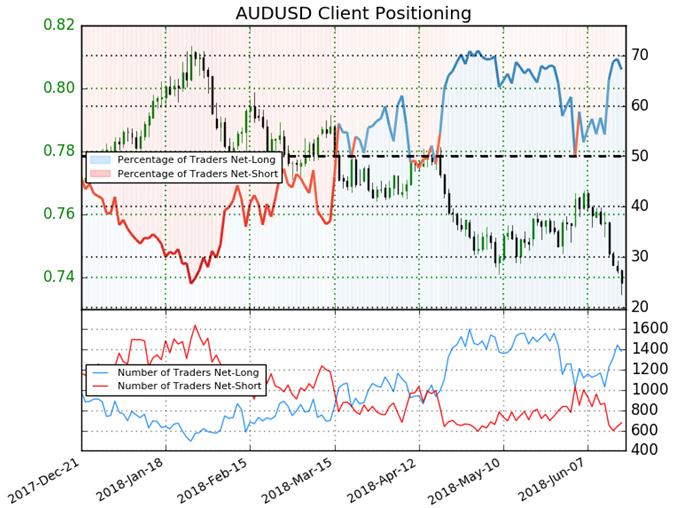 Retail trader data shows 67.2% of AUD/USD traders are net-long with the ratio of traders long to short at 2.05 to 1. In fact, traders have remained net-long since Jun 05 when AUD/USD traded near 0.7652; price has moved 3.5% lower since then. The number of traders net-long is 3.5% lower than yesterday and 19.9% higher from last week, while the number of traders net-short is 4.0% lower than yesterday and 28.6% lower from last week.