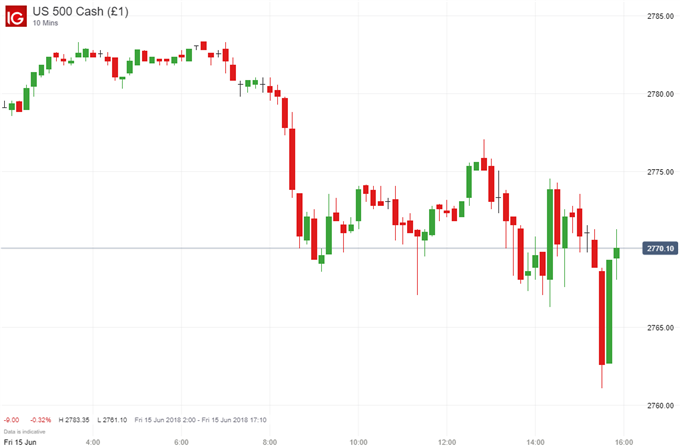 US Consumer Sentiment Rises in June, Unfazed by Trade Wars

The University of Michigan released their monthly sentiment report, gauging the confidence of US consumers. The measure for June saw an uptick to 99.3 from 98.0 registered in the previous report. The reading would also beat the official forecast of 98.5. Confidence has risen steadily behind this series in recent months, showing a lack of concern for the scope of economic fallout from ongoing trade wars between the US and some of its top peers and competitors.

Although economic headlines trumpeted concerns such as th tariffs the US levied on Canada, Mexico, the EU, and China – along with those countries’ plans to retaliate – consumers focused on more immediate and palpable domestic concerns like unemployment and wage growth. The University of Michigan cited low unemployment, strong economic growth, and rising wealth levels for June’s increase. Richard Curtin, the survey’s chief economist said “consumer sentiment rose slightly in early June due to consumers’ more favorable assesments of their current finacial situation and more favorable views of current buying conditions for household durables.” Despite the increase, consumers and investors should still be wary of the ongoing geopolitical concerns and trade disputes.

As we look to markets, the sentiment report looks to be overshadowed by other concerns with domestic indices facing early decline. While the sentiment indicator is an important metric, markets have other headlines to digest. The US announced $50 billion worth of tariffs on China, an action sure to cause concern for markets. Later in the day, the Treasury International Capital or TIC statement is due. As a measure of the flows from stocks, bonds, and money market funds to and from the US, the statement will be sure to provide illumination for the ongoing trade wars.