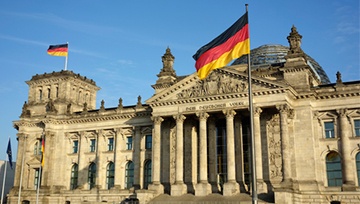 The Euro and DAX saw a muted reaction despite another weak release of the latest ZEW survey. The data showed that the assessment of the economic sentiment in Germany fell sharply by -16.1 points, below the already bearish expectations of -14 points, subsequently tumbling to its lowest level since September 2012. The current economic situation fell by 6.8 points to 80.6 missing an expected reading of 85. As such, this shows that there is no clear sign of a reversal in the soft sentiment towards the Eurozone economy. ZEW noted that the impact of an escalation in a trade dispute with the US has continued to weigh on investor morale with outlook for the next 6 months significantly deteriorating.

At the beginning of the month the US implemented aluminium and steel tariffs on the EU after both parties failed to agree on a workable solution towards the current trade deficit. As such, a tit-for-tat trade spat has broken out with the EU now preparing to implement retaliatory tariffs on the US from July 1st with the potential for further retaliation if the US impose auto tariffs. This has already had a impact with ZEW reporting worse than expected exports, production and industrial orders in April which has contributed to a more difficult outlook.

Euro bulls will be looking towards the ECB meeting, whereby market participants will await for the ECB’s insight for how the central bank will look to exit from its current QE program. Eyes on 1.1840, with a break setting up a test for 1.19. EURUSD finding support off the 100DMA situated at 1.1886.