Risk appetite fell apart towards the end of Thursday’s trading session as comments from the White House appeared to have spooked the markets. US President Donald Trump, ahead of his summit with North Korean Leader Kim Jong Un, said that there will be no deal if the country does not give up its nuclear program. Back in May, a top defector from North Korea said that the country would never completely give it up.

In addition, the markets are also heading into what could be a heated G-7 leaders summit on Friday and into the weekend. Last week, Mr. Trump went ahead with imposing metal tariffs on Canada, Mexico and the European Union. Ahead of the meeting, French President Emmanuel Macron urged others to stand up to the American president. With that in mind, it is not surprising to see the markets turn to safety in preparation.

US bond yields tumbled and prices rose as demand rose for havens. At a quick glance, Wall Street appeared finish the day rather mixed with the Dow Jones up 0.38%. The S&P 500 on the other hand was 0.07% lower. This was mainly due to gaps higher at market open which helped to keep some of the indexes in the green by the end of the day.

The anti-risk Japanese Yen and Swiss Franc were some of the best performing majors with USD/JPY putting in its largest daily decline since May 29. Meanwhile, the sentiment-linked Australian and New Zealand Dollars underperformed. The former was also hurt by a weaker-than-expected local trade balance report earlier in the session.

The Canadian Dollar experienced a rather choppy session, also finishing cautiously lower. Though comments from Bank of Canada’s Governor Stephon Poloz helped to give the commodity currency some relief. Mr. Poloz that that they see solid economic expansion ahead. He added that at their next rate decision in July, they will incorporate tariff impacts into their outlook.

A Look Ahead – Japanese Yen May Gain

A lack of critical economic data during Friday’s Asian session will probably allow risk trends to continue brewing. If stocks follow Wall Street lower, then the Japanese Yen could gain at the expense of sentiment-linked currencies like the New Zealand Dollar. Meanwhile, at an unspecified time today, we will get Chinese trade balance data which may have a knock-on effect on the Australian Dollar. 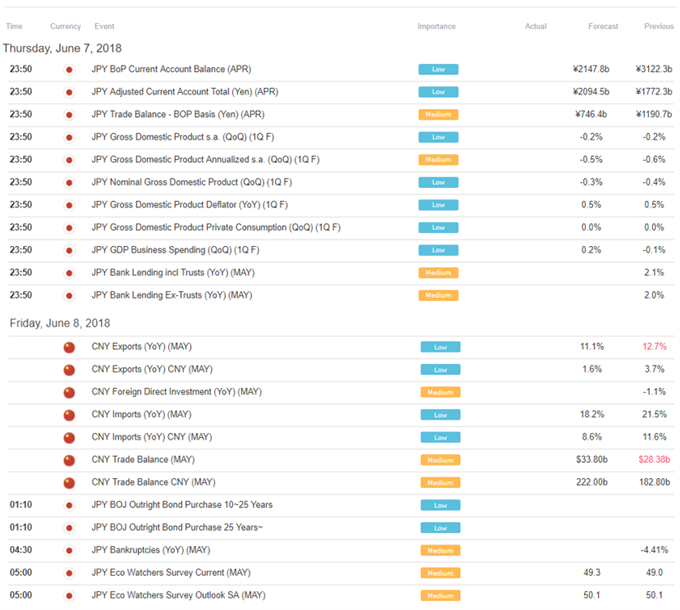 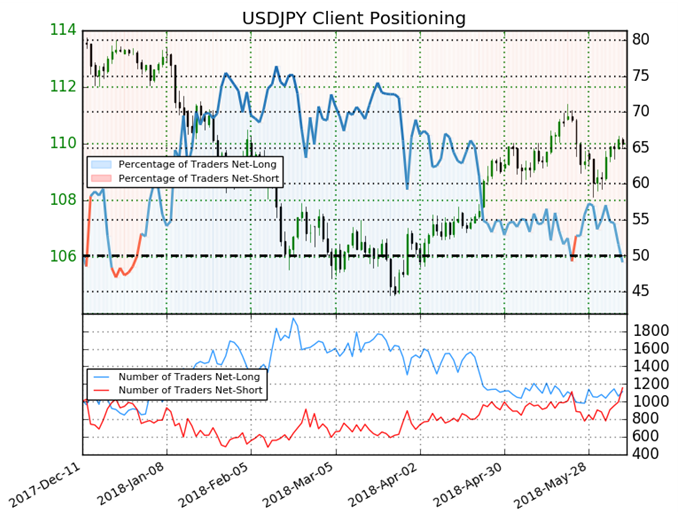