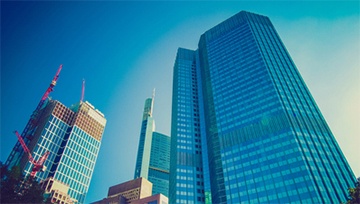 EURUSD Rises as the ECB Look to Debate QE Exit

Yesterday, ECB source reports did the rounds, which highlighted that next week’s monetary policy decision (June 14th) should be considered as a "live" meeting to discuss QE exit. In the wake of the source report, this has prompted a slew of ECB speakers to confirm that a discussion over QE exit will be on the agenda. As it stands, bond purchases are at EUR 30bln/month and are set to expire at September 2018. It is likely that bond purchases will be extended to expire at the end of the year with a potential wind down of EUR 10bln/month or two EUR 15bln decreases.

ECB’s Praet (Chief Economist) “Ending of APP (Asset Purchase Programme) will be up for discussion next week, signals showing the convergence of inflation towards our aim have been improving”.

ECB's Knot“Reasonable to announce end of QE soon, adding that inflation outlook is stable and less dependent on stimulus”

In response to the source report and following ECB comments, the Euro has pushed to better levels to consolidate above 1.17, reaching a high of 1.1770 while market pricing for a June-2019 rate hike is seen at 76% (up from 50%).

As we look towards the ECB meeting on June 14th, EURUSD may see a continued wave of short covering, which would consequently see the pair to trend higher in the run up to next week, with the potential for a move above 1.1900. A break through 1.1775 would be needed to confirm last week’s corrective low at 1.1510. On the option market, 1-week EURUSD risk reversals have flipped with Euro calls now trading at premium to Euro puts, suggesting near-term gains are in store for EURUSD. However, downside risk remains as 1-month risk reversals continue to see Euro puts trading at a premium to Euro calls.

EURAUD, EURNZD: Both the Aussie and Kiwi have seen an impressive run against the Euro. Although, given the increased risk of a more hawkish ECB, this may trigger an unwind of the EURNZD and EURAUD selling, which could in turn see an end to the recent good run seen in NZD and AUD.

EUR vs. commodity currencies: With reports that OPEC is set to boost oil production at the June 22nd meeting, commodity currencies (MXN, CAD, RUB) may come under fire and more so against the Euro, provided that the ECB delivers a more hawkish announcement than anticipated by market participants. CAD however, may be more resilient vs. EUR amid reports overnight that US Treasury Secretary Mnuchin had urged President Trump to exempt Canada from steel and aluminium tariffs.