A rally in the Euro on Wednesday helped to keep the US Dollar suppressed as the markets searched for yield prospects outside of the world’s largest economy. During the first half of yesterday’s session, comments from ECB Executive Board Member Peter Praet helped push German front-end government bond yields higher, hinting at diminishing dovish monetary policy bets.

Mr. Praet said that inflation expectations are increasingly consistent with their aim and that it is ‘clear’ that the central bank will have to assess next week if to unwind their quantitative easing programme. This excited Euro bulls who now arguably see September as increasingly likely to being the end of QE. Also, higher rate prospects in Australia did not bode well for the greenback either.

There, Australia experienced its fastest pace of economic growth since the second quarter of 2016. Local government bond yields soared as well, helping to push the Australian Dollar higher against its major counterparts. But the sentiment-sensitive unit was also bolstered by a general pickup in risk appetite.

On this front, the Dow Jones climbed 1.4 percent which was its single largest daily advance since April 10. The S&P 500 was also up 0.86%. Earlier in the session, reports crossed the wires that US Treasury Secretary Steven Mnuchin asked President Donald Trump to exempt Canada from the metal tariffs.

This was ahead of a G7 Leaders Summit due at the end of the week. Perhaps the development may have inspired expectations that the world’s largest economy could soften its stance on international trade there. The pickup in sentiment diminished the demand for haven assets and understandably, the anti-risk Japanese Yen and Swiss Franc underperformed.

A Look Ahead – Will Asian Shares Echo US Gains?

If Asian shares echo the gains on Wall Street, then the Japanese Yen could depreciated. Meanwhile, the higher-yielding Australian and New Zealand Dollars could rise. As for the former, we will also get April’s Australian trade balance. Back on Tuesday, we had a softer local current account reading. Since net exports (also known as trade balance) are a portion of the current account, perhaps it won’t be surprising to see a miss there. Such an outcome could bode ill for the Aussie, but risk trends could support it more. 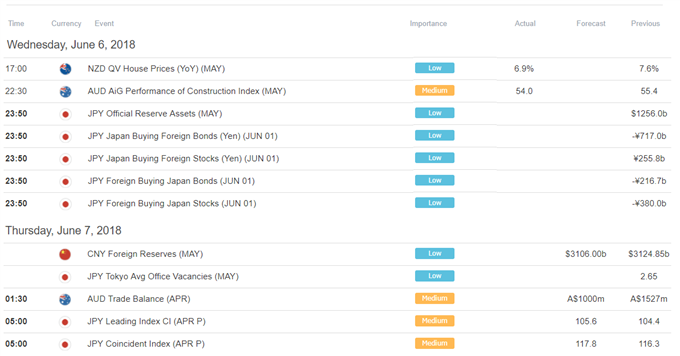 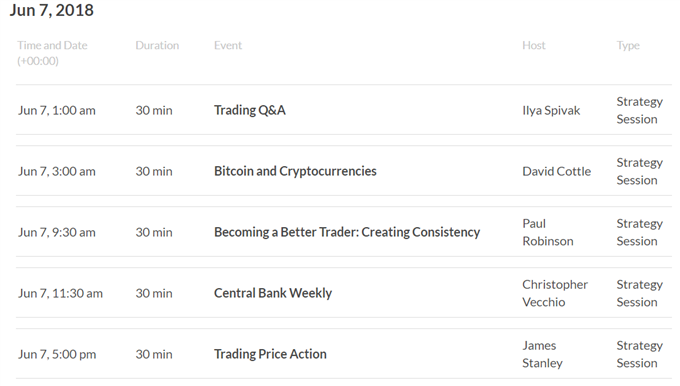 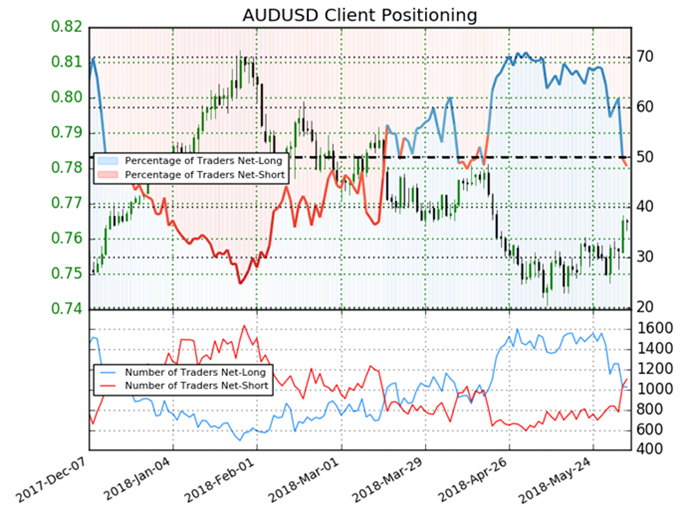