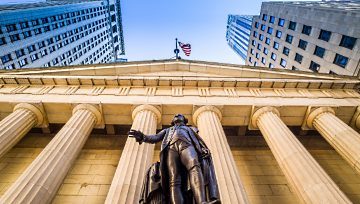 AUD: The Australian Dollar is the clear outperformer this morning (biggest one-day gain since August 2017), with AUDUSD up over 1.1%. This has largely been down to the encouraging data overnight, with retails sales and business inventories beating expectations, while the broad risk-on tone has also underpinned gains. AUDUSD now firmly above 0.76, hitting the 0.7650 area with shorts squeezed, eyes on the RBA rate decision tonight, whereby the central bank will likely stick to its neutral tone.

USD: Last week’s NFP report, which surprised to the upside, has eliminated any uncertainty over a Fed rate hike next week, which is near enough fully priced in. However, this is not relevant for the USD, what is relevant is the longer-term outlook of Fed policy, which has ticked up. Although, escalating trade tensions after the US imposed steel and aluminium tariffs on its closest allies (EU, Canada and Mexico) on Friday looks to have provided a top in the US Dollar and US bond yields. The USD is back below 94.00 helping its major counterparts gain ground as a trade war will likely weigh on the global economic outlook, resulting in increased downside risks to 3 additional Fed rate hikes this year.

EUR: The Euro is notably firmer, up 0.6% amid the broad-based weakness in the greenback. Signs of easing concerns over Italian politics with 10yr bond yields falling some 16.7bps has helped push the Euro higher. Confidence vote of new government scheduled later this week. Tighter yields between Bunds and BTPs have acted in a supportive manner for EURUSD, which in turn has seen the pair consolidate above 1.17.

GBP: Near-term GBP Direction may be impacted by the upcoming BoE speakers (Tenreyro, Cunliffe and Ramsden), which could help gauge the likelihood of an August rate rise, currently at 34%.Today’s Construction PMI alleviated concerns of a further deterioration in the UK economy with the reading above expectations at 52.5 (Exp. 52.0). Eyes on tomorrow’s Service PMI which is expected to tick up to 53 from 52.8. GBP moving tentatively towards the 1.34 handle which also coincides with the 20DMA. 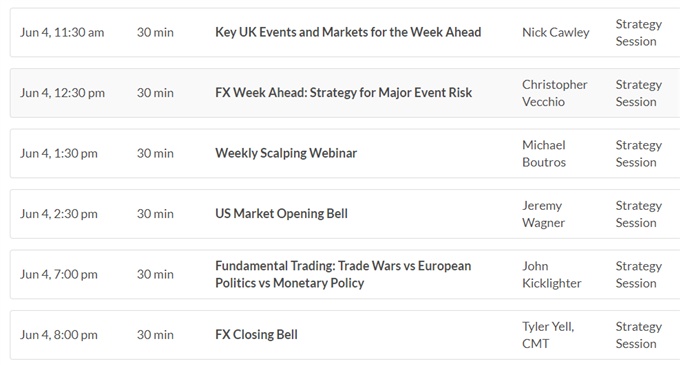 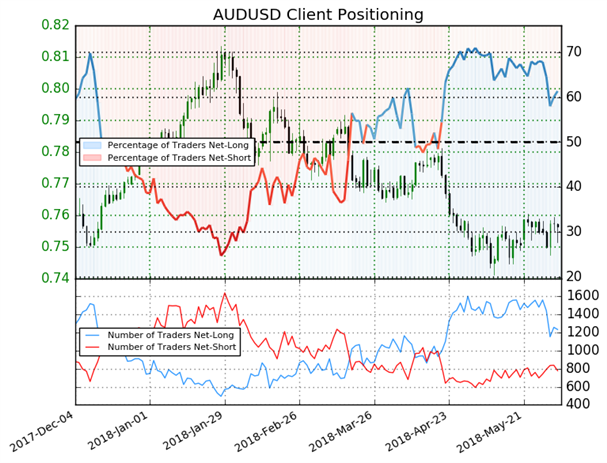 We typically take a contrarian view to crowd sentiment, and the fact traders are net-long suggests AUDUSD prices may continue to fall. Positioning is more net-long than yesterday but less net-long from last week. The combination of current sentiment and recent changes gives us a further mixed AUDUSD trading bias.