Weekend Developments – China May Call off Trade Deals with US, G-7 Meeting Concludes

News from Xinhua News Agency on Sunday that China may call off trade deals with the US if tariffs are imposed had an initial impact on currencies. As a reminder, last week the US moved ahead with roughly $50b in import tariffs on China. The anti-risk Japanese Yen was higher while the sentiment-linked Australian Dollar was lower, resulting in a gap of about 0.13% to the downside in AUD/JPY. Since then, the pair has filled in the gap ahead of Tokyo open.

Another important weekend event was the conclusion of the G-7 meeting with finance ministers and central bankers in British Columbia. There, members issued a statement warning that US trade actions could undermine global economic confidence and added that “decisive action” is need at the following gathering in Quebec, Canada later this week. Amidst trade tensions and Fed rate hike prospects, the US Dollar is set to rally this week.

A Look Ahead – Is Sentiment About to Decline?

We shall see if the update from China translates into risk aversion during Monday’s session. If stocks descend on escalating trade tension fears, then the Japanese Yen could see gains at the expense of higher-yielding currencies like the New Zealand and Australian Dollars.

Speaking of the latter, we will get Australian retail sales data later today. Growth is there is expected by +0.3% m/m. However, given the Reserve bank of Australia’s patient stance on adjusting monetary policy and the close proximity of June’s rate decision, the data may not offer a lasting AUD/USD response.

The US Dollar found some support on last week’s employment report which mostly beat expectations. The country added more jobs than expected and the unemployment rate unexpectedly ticked lower to 3.8% from 3.9%. However, the currency ended the day little changed. There was a pickup in sentiment as Italy’s anti-establishment parties took power and ended a 3-month political gridlock. Stocks rose and US bond prices fell as demand for safety evaporated. The haven-linked US Dollar seemed to have been weighed down. 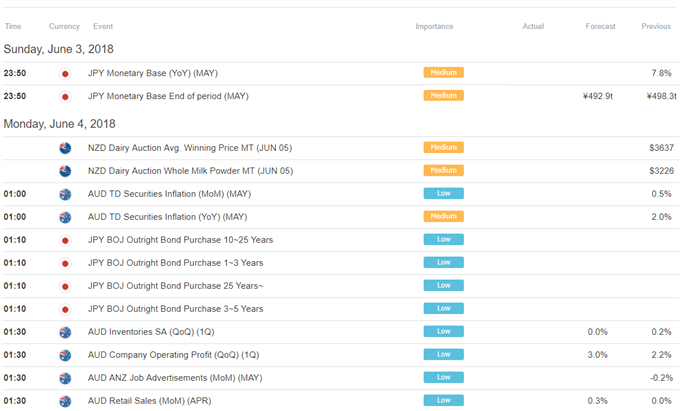 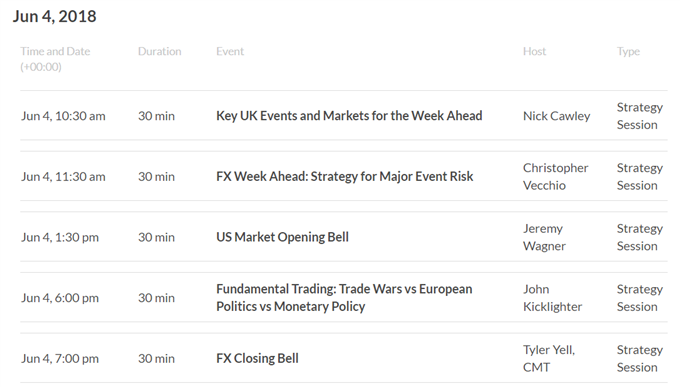 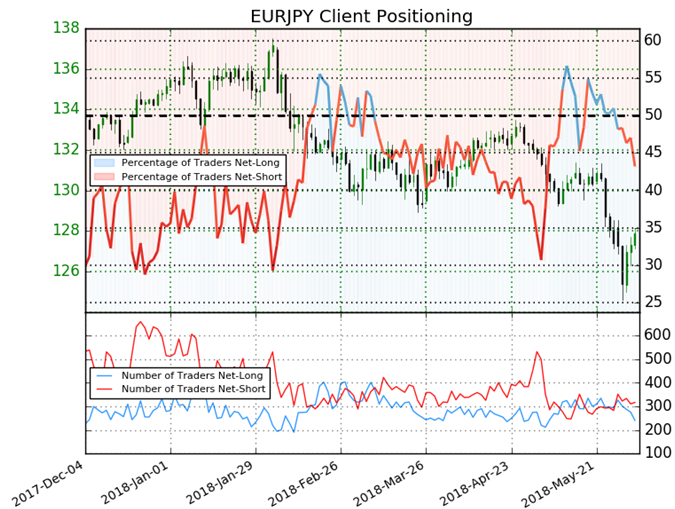 We typically take a contrarian view to crowd sentiment, and the fact traders are net-short suggests EUR/JPY prices may continue to rise. Traders are further net-short than yesterday and last week, and the combination of current sentiment and recent changes gives us a stronger EUR/JPY-bullish contrarian trading bias.