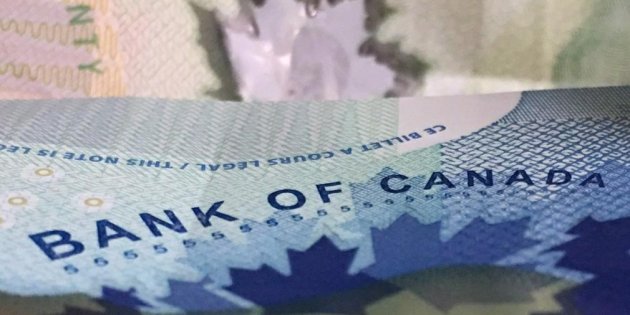 The Bank of Canada will publish its latest interest rate decision at 1400GMT where the central bank is expected to maintain its policy rate at 1.25%, according to 26 out of the 29 surveyed economists. OIS (Overnight Index Swaps) markets also attach a 90% likelihood that the central bank will stand pat on interest rates, as such, focus will be on the accompanying monetary policy statement. As a reminder, there is no press conference scheduled for today’s meeting. In terms of future monetary policy tightening from the BoC, OIS markets fully price in a 25bps rate hike by October.

Economic data from Canada has been impressive as of late with economic growth remaining firm and above expectations of the BoC’s April MPR forecast, while recent Ivey PMI surged to a 5-year high. Alongside this, inflation is currently hovering around 3-year highs of 2.2%, above the central bank’s 2% midpoint of their 1-3% target range. The recent strong data had also been acknowledged by BoC Governor Poloz who stated that “economic progress makes the BoC more confident that higher interest rates will be warranted over time”. An upbeat statement highlighting a positive outlook on the economy given the recent data will likely provide support for the Loonie.

NAFTA continues to pose the largest risk to the Bank of Canada’s outlook and ultimately will decide whether the central bank will deliver additional rate hikes this year. Recent actions by the Trump administration have placed further risk on NAFTA talks with Trump probing imports of auto parts under Section 232 (determines effect of imports on national security), consequently stalling negotiations. This uncertainty is likely to remain for the months ahead, potentially pushing back rate hike expectations given that it unlikely that the BoC will hike rates until it has greater clarity over the investigation, providing downside risks to CAD in the near term.

Given that market pricing only shows a 10% chance of a BoC hike, it is likely that the central bank keeping rates at 1.25% is unlikely to move the Canadian Dollar. Consequently, focus is on the accompanying monetary policy statement. The central bank highlighting unease over NAFTA and the recent cooling of the housing market, in which house prices have risen at its slowest pace in 9-years (following introduction of tougher mortgage financing rules in January) would likely be viewed as dovish, subsequently weakening CAD. However, if the BoC show confidence in the growth outlook, while also highlighting risks of an overshoot in inflation, this could push the Canadian Dollar higher as markets re-price a July rate hike (currently sits at 60%). Due to recent selling in CAD and increasing speculative short positions, the Loonie is vulnerable to a “hawkish hold”.

Option Pricing suggests that we could see some volatility over the event with vols indicating a break-even of 90pips.