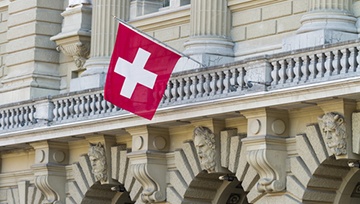 CHF Has Scope to Rise Amid Risk of Potential Short Squeeze

See our Q2 CHF forecast to learn what will drive the currency through the quarter.

Much like the Japanese Yen (JPY article here), the Swiss Franc has regained its allure on the back of a change in risk sentiment. In recent weeks, the current global outlook has become increasingly uncertain with investors unnerved by the developments regarding Italian politics, North Korea and the continued threat of trade wars.

Yesterday, the President Trump announced the cancellation of the US-NK summit, subsequently denting investor sentiment in the near-term, providing support for CHF. Elsewhere, EURCHF continues to track lower after failing to make a firm break of the 1.20 level, a mixture of poor data in the Eurozone and uncertainty over Italian politics has taken EURCHF to multi-week lows of 1.16. A further deterioration of Eurozone data and a step of anti-EU rhetoric from the 5 Star and League coalition in Italy could see EURCHF 1.1577 tested before a move towards the YTD low of 1.1446.

According to the latest CFTC data, the largest short among speculators is CHF with net shorts equating to $4.544bln. As such, given the extreme bearish positioning and recent dampening in global risk sentiment, this leaves USDCHF susceptible to a potential short squeeze, which provides opportunities for tactical USDCHF sellers. 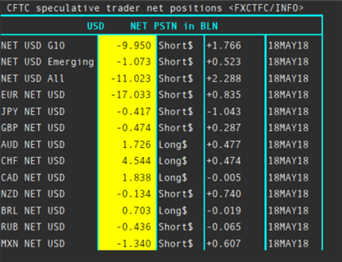 On June 10th, a vote will take place on Vollgeld (a fundamental monetary reform), long story short it is vote on whether all CHF deposits would have to be kept as reserves in the SNB, implying that commercial banks would not be able to use a fraction of deposits to finance their lending activities, as they currently do. As such, a “Yes” vote in favour of reform (albeit unlikely according to recent polls) could provide uncertainty for the economy with redistributive consequences, potentially weakening the CHF in the short-run.

USDCHF: As US bond yields seemingly top out with the 10yr breaking below the key 3% level. The gains in the USD-index looks to be running out of steam, while the extreme bearish positioning in the CHF, offers some downside value in the pair. Near-term target resides at 0.9851, which represents the 23.6% retracement of the 0.9187-1.0075 rise.

IG Client Positioning Sentiment notes that the ratio of traders short to long is at 3:1, while recent changes in sentiment warn that current USDCHF price trend may soon reverse lower. For full client positioning click here