What makes the best traders stand out? Take a look at the DailyFX deep, deep dive into the Traits of Successful Traders

Asian stocks backed off Tuesday- despite a quite-strong US lead -in a session very short of major economic news.

The Nikkei 225 was close to flat into its close, with the ASX 200 off 0.46%, Hong Kong’s Hang Seng was the biggest loser, down more than 1% with financials and tech returning some of their recent gains. There was no one big story behind stock moves in the region, however.

Turning to foreign exchange, the US Dollar inched broadly higher, as traders once again focused on likely interest-rate differentials across the developed-market currency matrix. The Federal Reserve remains pre-eminently the central bank likely to tighten policy the most in the near-to-medium term. 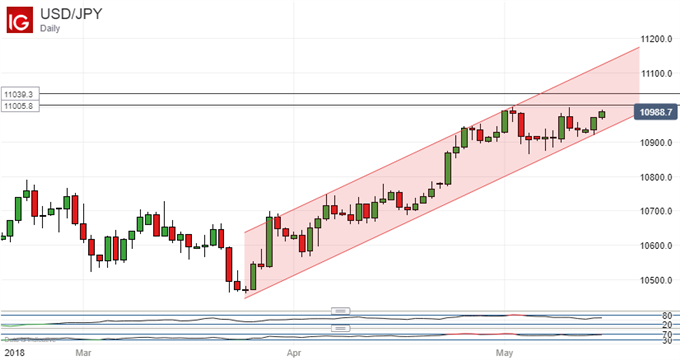 The Australian Dollar took an early knock from yet another dovish set of monetary policy meeting minutes from its Reserve Bank. Rate-setters could see no reason to raise interest rates from their record lows, and don’t expect to for a while.

Still, a reasonably upbeat set of industrial and retail data from China saw the Aussie perk up a bit, however, with the world’s second largest economy- and Australia's major export partner- clearly holding up quite well in the face of heightened trade tensions.

Gold prices slipped as the US Dollar firmed up while crude oil prices made little progress despite signs of a tighter market and US sanctions against Iran.