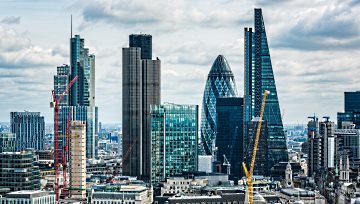 See our Q2 GBP forecast to learn what will drive the currency through the quarter.

The CBI Business Optimism index in the UK for the second quarter fell to -4 from a 1 year high of 13 in the previous quarter as growth in manufacturing output slowed, however remained above the average. Exports orders grew at its fastest pace in more than 20-years, while employment grew at a similar pace to the last quarter. Overall a relatively mixed report and as such a muted reaction seen in the Pound (last trade 1.3955), given that this data point is unlikely to have a significant impact on Bank of England’s Monetary Policy. All eyes on UK Q1 GDP on Friday.

DailyFX Analyst Justin McQueen will be providing live coverage of the UK Q1 GDP report on Friday from 08:15GMT, click here to register

Business optimism dipping had been suggested in the most recent PMI surveys, whereby IHS Markit highlighted that bad weather had halted business operations with optimism falling to its lowest since June 2017. However, due to temporary effects (i.e. weather) there could be a possibility of a rebound in the coming months.

May Rate Hike Hangs in the Balance

Over the past week, market expectations for a rate rise in May has plummeted from over 80% to around 45%, while GBPUSD has fallen 3.1% following a slew of sluggish economic data points, namely inflation, which fell to a one year low at 2.5%. This prompted BoE Governor Carney to judge that recent data has been mixed, stoking greater uncertainty as to whether the BoE will hike next month.

Number of traders’ net-long is 8.5% higher than yesterday and 79.5% higher from last week, giving us a stronger GBPUSD bearish contrarian trading bias.

You can access the latest IG Client Sentiment Report