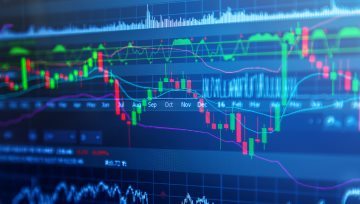 Join our analysts for live coverage of all major market-moving economic data at the DailyFX Webinars.

Market risk appetite is almost certain to be shattered by Saturday’s Western air strikes against targets in Syria when markets re-open on Monday, with Asia first to show its reaction.

The usual crisis playbook involves a retreat from currencies with strong links to the global economic growth cycle such as the Australian and New Zealand Dollars. Perceived havens such as the Japanese Yen and Swiss Franc stand to benefit.

The relative safety of the bond market will probably be sought out, at the expense of equities, with crude oil prices likely to rise. Other commodities may slide however if investors fear a deeper conflict with knock-on repercussions for global growth.

Fears of exactly the sort of military intervention we have now seen pushed US benchmark crude to its strongest weekly performance since last July in the past week. International standard-bearer Brent is at its highest since 2014.

There is some evidence to suggest that stock markets, especially, can shrug off crises quite swiftly. The Dow Jones Industrial Average had recovered all of its huge losses and then some less than two months after the September 11 attacks on New York.

Obviously, the precise extent of market reaction will depend on the headlines. The US, France and UK seem at pains to stress that their attacks were not explicitly aimed at producing regime-change in Syria, but rather to degrade the ability of that country to conduct chemical warfare. However, US President Donald Trump did say on Friday that the efforts of the US and her allies would be 'sustained,' which could hint at longer-term military operations.

Signs of de-escalation, or a cessation of strikes may see markets more composed by the time the first significant stock market, that of New Zealand, opens on Monday But a knee-jerk ‘flight to safety’ is probably the least investors can expect to see when they return to their screens.